'Go back wherever the f*ck you come from': Racist Kentucky woman goes on tirade at Hispanic shoppers 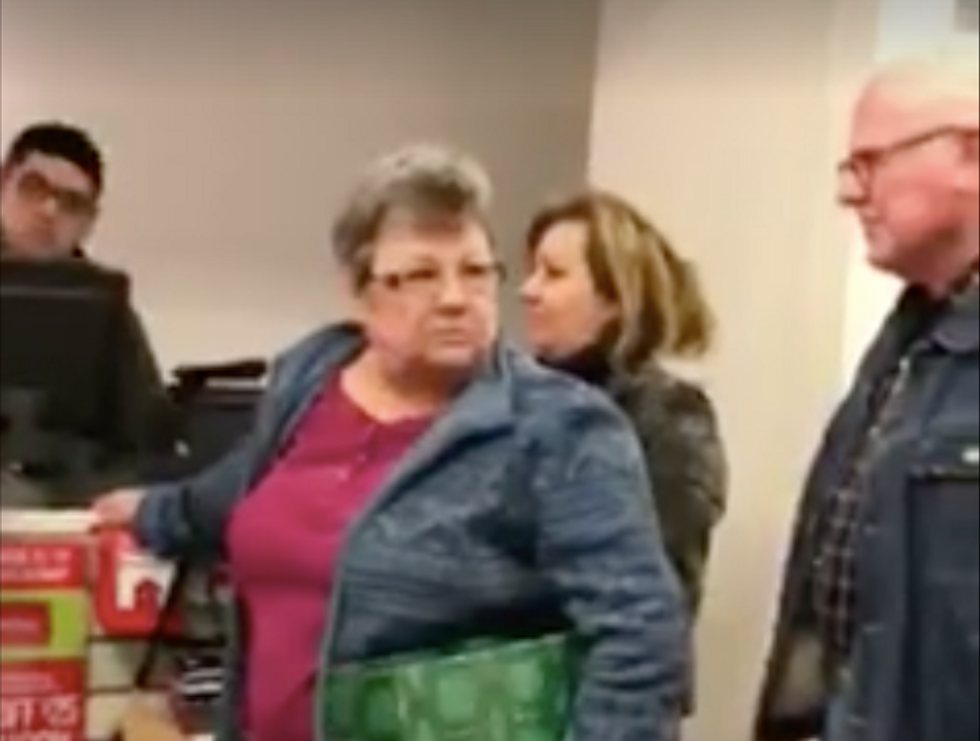 An angry Kentucky woman who went on a racist rampage at Jefferson Mall in Louisville, KY (Screen capture)

A woman in Louisville, KY caught an ugly confrontation on video Tuesday in which an angry white shopper went on a racist tirade against a pair of Hispanic women who were shopping together.

Facebook user Renee Buckner posted the video Tuesday evening, explaining, "This Hispanic lady was purchasing items and the transaction was almost complete, then her friend brings up some shirts to be added to her purchase instead of getting in line. And this lady went off!!!"

In the video, a senior woman in a blue coat directed a stream of invective against the two women because she believed the second woman had cut in line.

"It starts back there," the woman snarled, pointing to the end of the line. "And it don't bother me if I say it and I don't care if everybody hears me. I think everybody here probably feels the same damn way I do."

"Just go back wherever the f*ck you came from," she said before turning to the cashier. "Hey!" she said. "Tell 'em to go back where they belong. You know, they come here to live and they act like they're everybody else. Get in the back of the line like everybody else does."

"You're a nobody," she went on. "Just because you come from another country, it don't make you nobody! Nobody, as far as I'm concerned. You're probably on welfare, the taxpayers probably paid for all that stuff."

The rant went on and on as the two Hispanic shoppers blithely ignored the woman's foul-mouthed, disgusting outburst.

"Speak English, this is America!" she went on when one of the women addressed the other in Spanish. "If you don't know it, learn it."