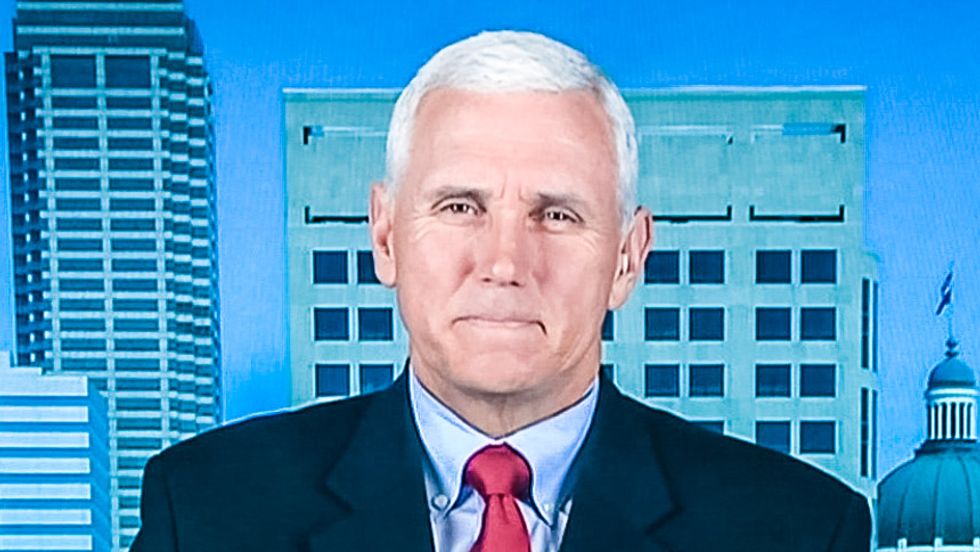 Now that Vice President-elect Mike Pence is temporarily residing in Northwest D.C., his neighbors have taken up an act of silent protest by trolling Pence with rainbow Pride flags, ABC7 reports.

One of the residents, Ilse Heintzen said, "A respectful message showing, in my case, my disagreement with some of his thinking." Flags started popping up around the area once he moved in.

"I have no idea what he will think about," Heintzen said, "But I hope he will change his mind." According to ABC7's reporting, there are at present a half-dozen pride flags hanging on the block, but there will likely be more popping up.

Pence has long been an opponent of LGBTQ rights. In 2015, as Indiana governor, he voted in favor of the Religious Freedom Restoration Act, which allowed individuals and businesses to discriminate against the LGBTQ community and refuse service on the grounds of religious freedom.

The vice president-elect has also been a firm believer in gay conversion therapy, a discredited psychological "treatment" to change an individual's sexual orientation, specifically if they are gay.

In 2000, Pence's website noted, "Resources should be directed toward those institutions which provide assistance to those seeking to change their sexual behavior."

While a small act of rebellion, Pence's D.C. neighborhood is making a loud statement. And it's not the first time the vice president-elect has been publicly protested for his harmful views.

Heintzen added, "This is one way that I can show my disagreement."