'Hitler got elected, too': Alarmed and wary Germans respond to Trump's election 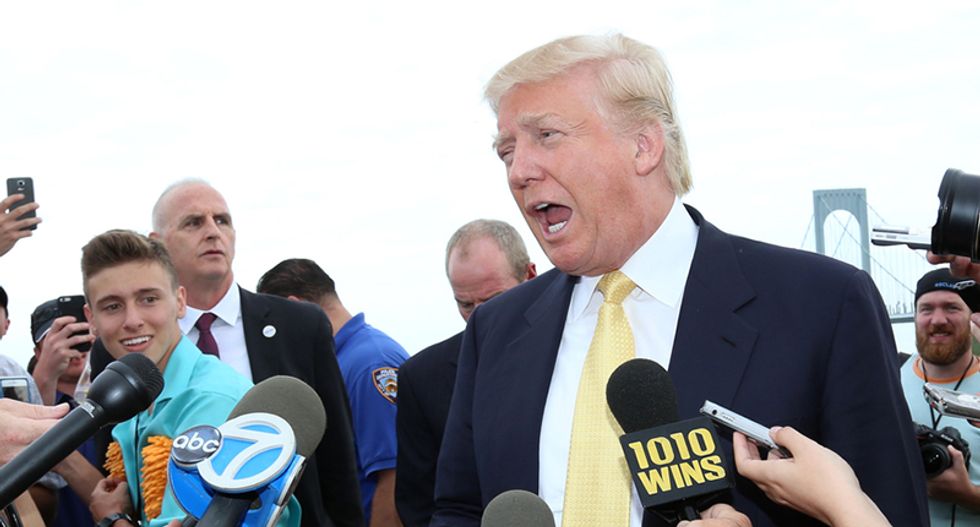 The Nov. 8 election victory of Republican President-elect Donald Trump is "on everyone’s mind" in parts of Germany, and most don't see it as a positive development.

“For me, he incorporates everything that I hate," said 41-year-old PR professional Ulrike Bretz to Shant Shahrigien of the New York Daily News. "He’s got a lot of money and he shows it.”

Bretz said that her country has come a long way since the Nazi era.

“We were the bad ones,” she said. “We were the ones who had to learn all about how to be liberal and democratic again. We learned our lesson and everyone else did and now it’s changing and we’re maybe the last ones.”

Many in Germany and throughout Europe greet the prospect of a Trump presidency with deep unease. The former reality TV star has expressed his disdain for traditional strategic alliances like NATO and seems to think Russian President Vladimir Putin's aggressive moves on the world stage show that he's a strong leader.

Reuters said this week that many European officials see Trump's election as a source of anxiety and uncertainty because his lack of clear policy goals and constantly-shifting positions on major issues.

"Will Merkel have to be woken up at 3 a.m. because Trump sends a tweet saying Putin told him the Russia sanctions were stupid?" said Viktor Perthes of the German Institute for International and Security Affairs. "You can't rule this out."

As the U.K. prepares to exit the European Union and anti-EU sentiment flares up across the continent, Germany is one of the last large economies holding the EU together.

“It’s an ironic twist of fate that the Germans said we need to be part of this rebuilding of Europe to make up for the first half of the 20th century, and now they are its champion,” said Jackson Janes -- president of Washington think tank the American Institute of Contemporary German Studies -- to the Daily News.

Trump's diffidence toward the EU and issues like climate change have led some to speculate that Germany will be the country that other countries look to for guidance.

While German officials from both ends of the ideological spectrum are reluctant to discuss their country as going on "an ego trip," someone is going to have to fill the void left behind when the U.S. steps down from its leadership role in the world.

Jürgen Hardt -- a member of parliament from Chancellor Angela Merkel’s center-right Christian Democratic Union -- told the Daily News that his country is fleshing out its defense forces, including a 14,000-member cyber warfare unit.

Green Party parliamentarian Annalena Baerbock said that there is a definite sense of panic in the climate change community. The U.S. under Trump shows every sign that it will abandon its role as an emissions reductions leader.

“It’s totally counterproductive,” she said, “because the U.S. under Obama has played a positive role with the climate negotiations…For sure a different outcome would have also been way better for the international community regarding climate change.”

On the streets of Berlin, Shahrigien said, Trump is a popular topic of conversation as people wonder what will come next.

“He kind of reminds me of Hitler, because Hitler got elected, too,” she said. “I like that (Germany’s) now different. I know Germans were not really nice in the past, but I really like the way that Germany is going right now.”