How your college friendships help you – or don't 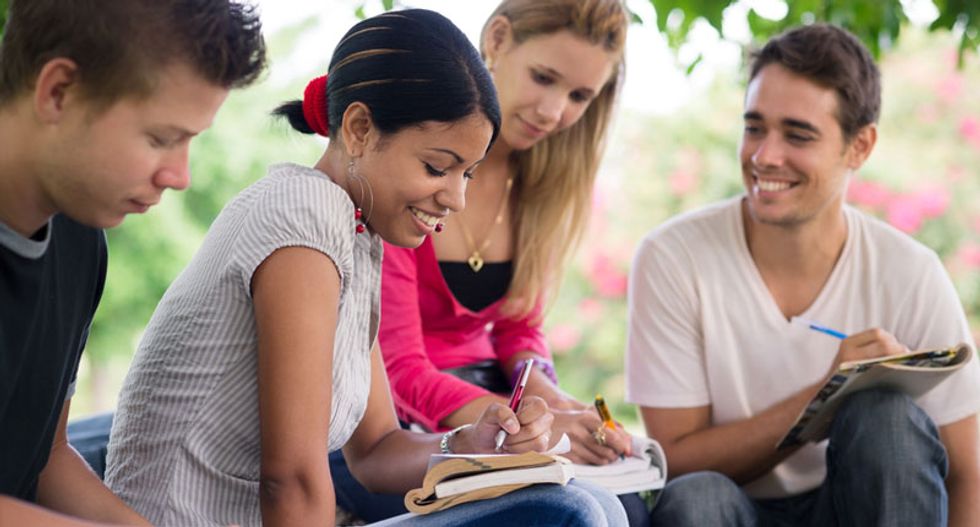 But how much do we understand about the role friendships play and how they influence students both academically and socially?

Friends can motivate and support students, but friends can also pull them down academically. The important thing is to be aware of the role of these friendship networks – not just of the role of friends, but of their connections with each other as well.

How networks influence us

We all know how important social networks can be in our lives – they can impact our health, happiness, wealth, emotions and even weight. Indeed, as social scientists Nicholas A. Christakis and James H. Fowler describe in their recent book, “Connected,” social networks play a role in everything that people “feel, think, and do.”

One important part of social networks is the connections. We can be tied to people in many ways, including family, friends, coworkers or less intense connections.

For example, some four decades ago, sociologist Mark Granovetter

showed the importance of “weak ties” – that is, connections with people we do not even know well, who are mere acquaintances – in finding a job. His work was important in showing that it’s not just having someone in your network but the type of tie that matters.

So, we know that social networks can be beneficial and that not all people gain these benefits. Rather than focusing on the vast connections among friends’ friends’ friends, like Christakis and Fowler, I took a more in-depth look at a smaller number of connections.

I focused on a person’s friends and the connections between friends. In doing so, I found three network types, each of which came with particular benefits and potential costs.

I started a study about college networks because I felt that friendships are one of the most overlooked and crucial aspects influencing students’ success. In 2004, I interviewed 82 students at “MU,” a pseudonym for a large public four-year university in the midwestern United States, about their friendships.

This was a diverse group of students – white, black, and Latina/o men and women of different class backgrounds, who were involved in a range of campus organizations (including some who were not in any organizations). Each of these students named between three and 60 friends.

I collected information about each friend and the connections between each friend – thus mapping the network of friendships. 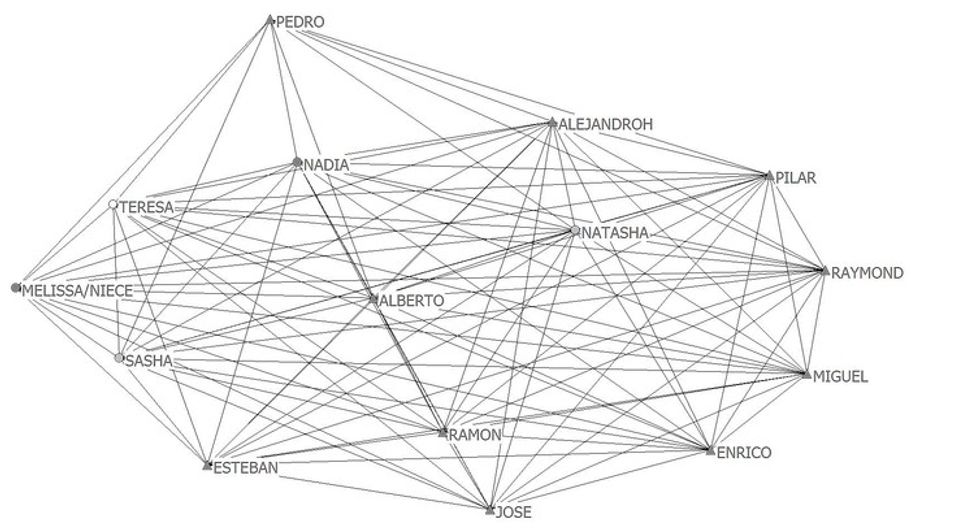 So what are these networks and how do they work?

His friends helped him cope with some racist incidents on campus. Alberto talked with his friends about these incidents, for example, discussing times that professors and peers made what Alberto called “derogatory” and “offensive” comments about Latinos.

In Alberto’s case, his tight-knit group of friends provided both academic and social support: they studied together, provided emotional support around academics and engaged in stimulating intellectual conversations.

However, not all tight-knit networks provide similar support. Some could also distract students. I found that for half of tight-knitters, friends were more of a distraction than a helping hand. For example, they distracted each other from attending class and from studying. As Latasha explained, she could be trying to study, but seeing a friend sleeping makes her tired, and she ends up sleeping instead. 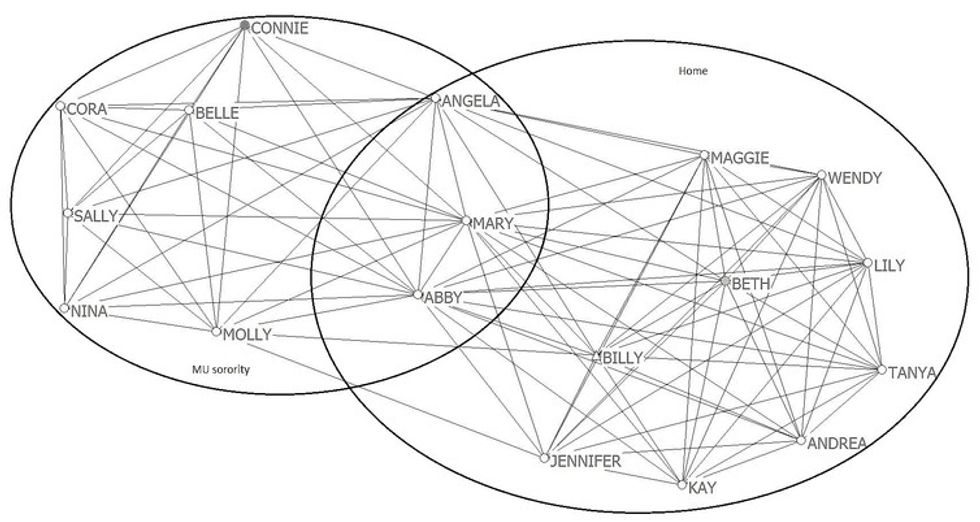 A network of clusters

A second group that I called “compartmentalizers” had networks divided into two to four clusters, where friends knew each other within clusters but rarely across them.

For example, Mary, a white middle-class student “compartmentalized” her friends into two clusters – friends from home and friends from MU – who provided different types of support.

Mary felt supported socially by her hometown friends, but the friends in her sorority also provided some emotional support regarding academics. Her main source of academic support, however, came from acquaintances, not friends, who met in class, shared notes and quizzed each other before exams. Unlike tight-knitters who only had one group of friends providing multiple types of support, compartmentalizers had multiple groups with each providing different types of support.

In general, compartmentalizers came from more advantaged backgrounds, experienced greater ease on campus and succeeded in college with less support from friends as compared to those with other network types.

One challenge of this network type was keeping up with each cluster. For example, Jim told me, “I’m worried that if I don’t hang out with my friends enough, they’re gonna stray away from me.” He felt that he’d already “lost contact” with his hometown friends, and he was struggling to keep up with his schoolwork along with his two clusters of MU friends. 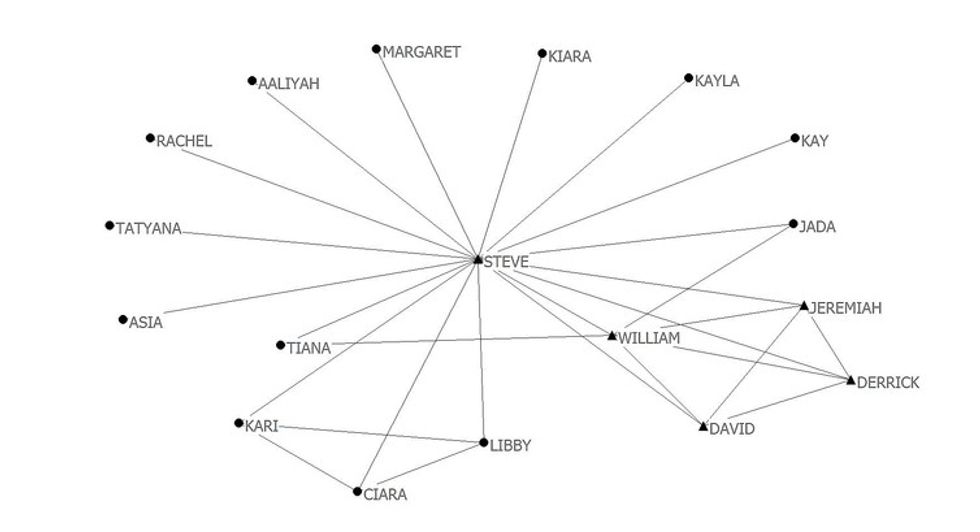 A third network category, “samplers” collected friends one by one from a variety of places, such as campus organizations, classes and workplaces, resulting in friends that were less connected to one another.

One sampler I met was Steve, a black man from a lower-class background. Steve formed individual friendships at events, food courts and other campus locations. Like many students of color I interviewed, Steve described experiencing race-based isolation on campus.

However, like other samplers, Steve rarely discussed these isolating experiences with friends and remained isolated. Steve also felt lonesome in his academic pursuits. Despite having many friends and being involved on campus through a range of student organizations, Steve felt alone socially and academically at MU.

Samplers’ friends did not distract them from their academic study, although a question I had was: Could they have been more successful with help from friends?

What happens to these friendship networks once students leave college?

Five years later, I interviewed the same students again to find out what happened to them and their friendship networks once they left college. By the time I spoke with them, most participants had been out of college for one to four years and were 23-27 years old. I was curious about how many friendships remained over this five-year period and whether the network types remained as well. 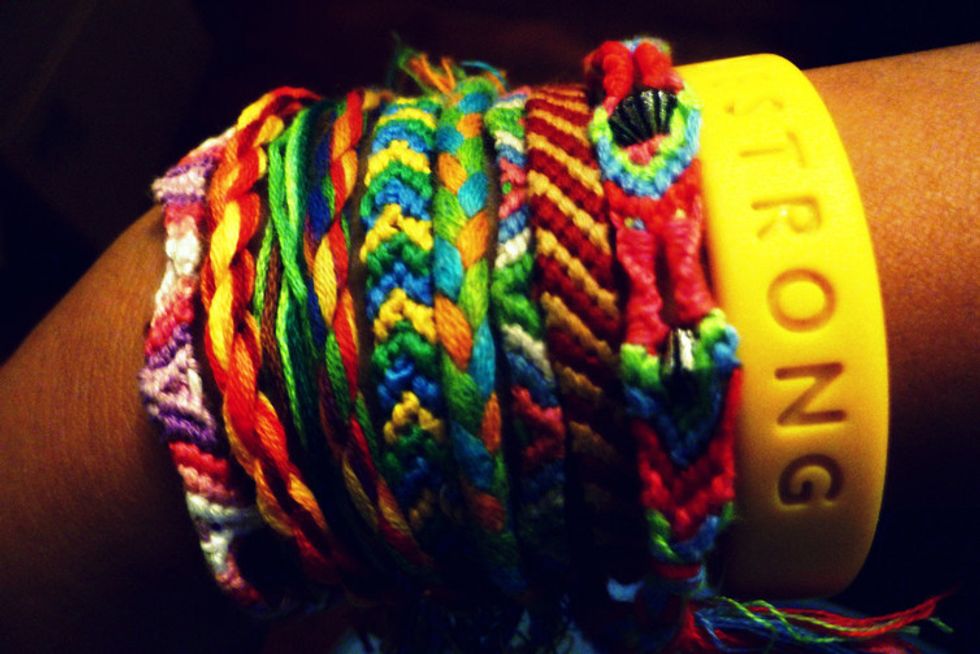 What happens after college?

Friendship networks during college mattered for both of these aspects – whether specific friendships and network types lasted after college.

There was much turnover in friends, with only about 25 percent remaining friends over this five-year period. In other words, if someone named 20 friends in college, only five of those remained in their after-college network.

Tight-knitters kept the most friends over this five-year period (30 percent remained in their network, compared to 23 percent for compartmentalizers and samplers). The cohesive ties tight-knitters crafted during college generally resulted in less change in their networks. Not surprisingly, tight-knit ties were more likely to be ties that last.

So, what does it mean?

Friends matter for students’ academic and social success. As the examples of Alberto, Mary and Steve show, each network type comes with particular benefits as well as drawbacks during college and beyond.

Students need to be aware of their networks and how that is helping or hindering them.

For example, tight-knitters should be particularly conscious of whether their friends pull them up rather than push them down academically. Compartmentalizers should be mindful of the number of clusters in their network; they should consciously prioritize which ones should get the bulk of their time, so that important friendships and academics do not suffer. Samplers should understand that friends can be valuable sources of help, and they might be able to actively create a supportive community of friends.

Other than this, students should also remember that it’s not just their friends, but how their friends are connected to each other, that also matters.

The Labor Department reported 473,000 new seasonally adjusted claims for jobless benefits made in the week ended May 8, fewer than expected and 34,000 less than the previous week's upwardly revised level.

The bill, which exempts 13 categories of projects from environmental permit requirements, passed late Wednesday in a 300-122 vote, and now goes to the Senate.

"It's direct evidence of premeditation to commit war crimes and crimes against humanity. No one can say 'I didn't know.' Anyone who aids, abets, or justifies this criminal regime has blood on their hands."
—Ali Abunimah, The Electronic Intifada