'I wanted to smack him myself': Ex-NYPD detective unloads on Texas cop who arrested Jacqueline Craig 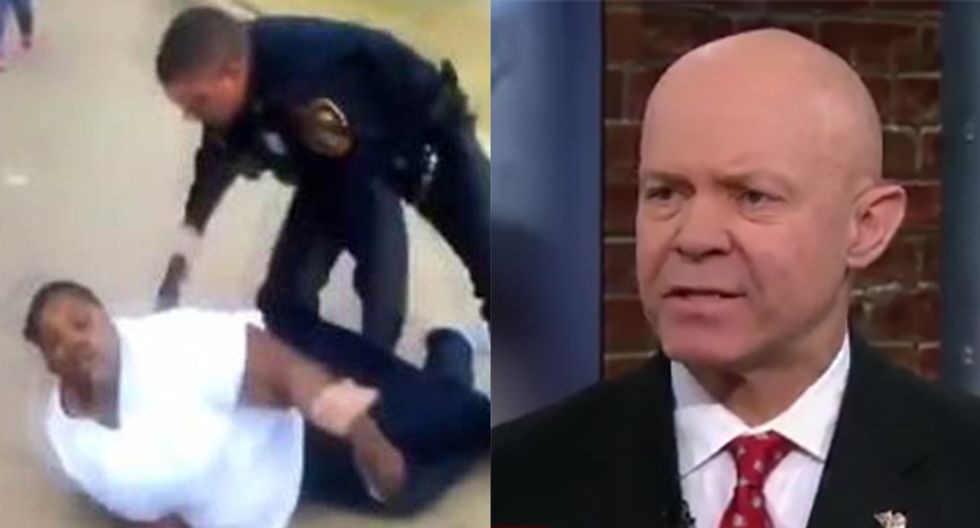 Police in Forth Worth, Texas, are coming under heavy criticism after video emerged this week showing an officer arresting a black woman in Texas who had originally called the cops because her neighbor allegedly had attacked her seven-year-old son.

On CNN Friday, former NYPD detective Harry Houck reacted to the video showing the arrest of Jacqueline Craig, and he had scathing words for the officer who arrested her.

"The first thing I thought when I saw this video was, 'Who broke this guy in?'" Houck said of the officer in the video. "My God, this officer doesn't even know how to react to a situation like this."

Houck said he was particularly appalled when Craig told the officer that even if her son was littering, it didn't give anyone the right to manhandle him -- and the officer replied by saying, "Why not?"

Houck was also shocked that the officer decided to throw Craig's daughter to the ground and put her in handcuffs when it seemed she was trying to intervene to calm her mother down during her confrontation with the officer.

"I was floored!" Houck fumed. "I wanted to smack this officer myself."