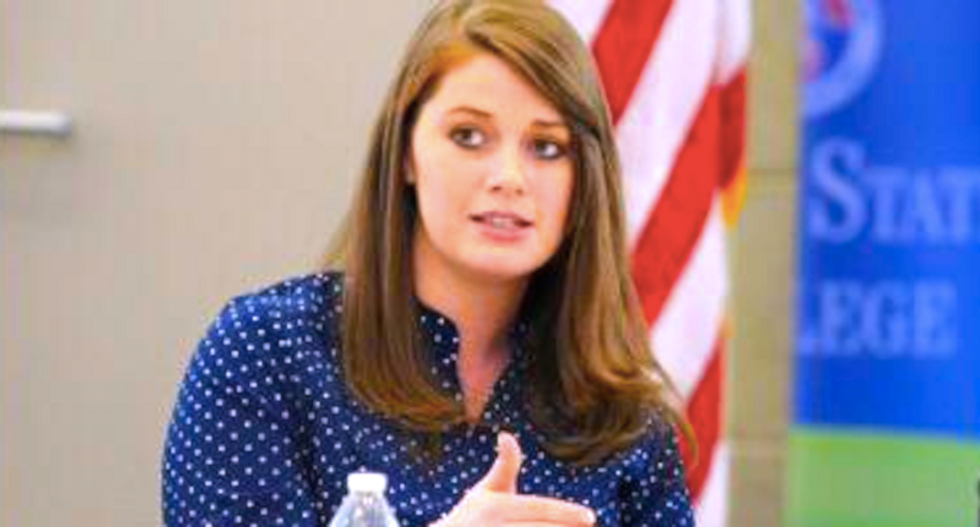 An Ohio Republican is blaming "the extreme left" for getting her booted from the Electoral College because she serves as a state legislator.

State Rep. Christina Hagan (R-Marlboro Township) said she would resign as a presidential elector after two residents filed an emergency lawsuit over the weekend challenging her post, which they said was prohibited by the state constitution, reported the Columbus Dispatch.

Hagan, who was looking forward to casting her vote for Donald Trump, insisted she was not caving to "extreme political bullying" but had instead chosen to step down to prevent delays to the electoral process.

“I did not step down due to the liberal left’s lawsuit," Hagan told the newspaper in a text message. "I stepped down to ensure they did not slow the process of electing the president in any way. I am a firm believer that this is intended to be a peaceful transition regardless of their attempts to create excess hardships and havoc.”

Under Ohio law, the remaining electors must choose her replacement.

The emergency lawsuit was filed shortly before 9 a.m. Monday, when the Electoral College was scheduled to cast ballots, by Deborah Cain, of Lake Township, and Andrew DiLiddo Jr., of Plain Township.

The lawsuit cited a constitutional provision that prohibits members of the general assembly, from holding "any public office under the United States, or this state, or a political subdivision thereof.”

According to the lawsuit, the state Supreme Court ruled in 1948 that presidential electors are a state office.

The Trump campaign asked Hagan in September to serve as one of 18 electors if he won the election in Ohio.

State law requires Ohio's electors to vote for Trump, but there's no penalty if they don't.