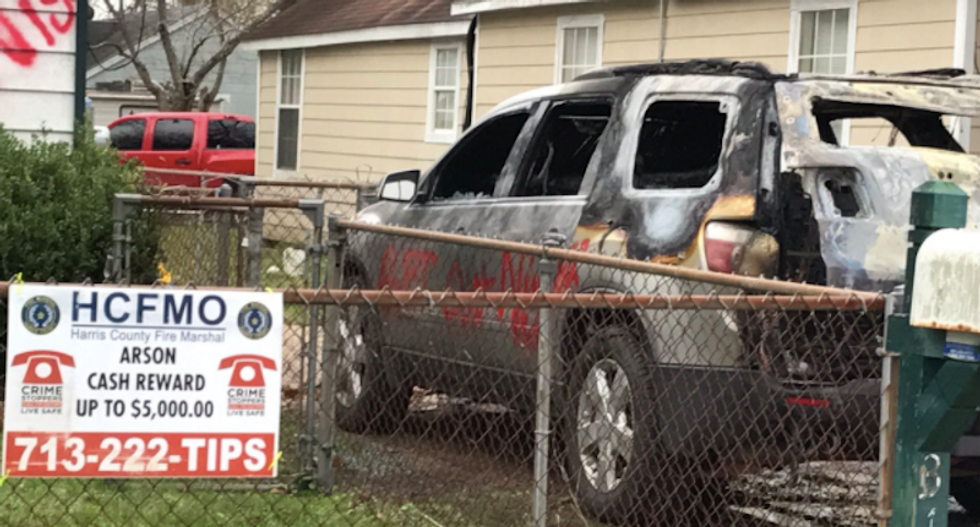 A Texas man's SUV was burned and his home vandalized in an apparent racist attack.

The homeowner, who asked to remain anonymous in news accounts, said he was sleeping in his Highlands home about 4:30 a.m. Friday when was awakened by flashing lights, reported KPRC-TV.

He looked outside and saw his vehicle was on fire, and he ran outside and found "n****r leave" had been painted on both his SUV and the side of his house, police said.

The man has five children, but they do not live with him and were not present at the time.

The Harris County Fire Marshal's Office is investigating the incident as a possible hate crime, the TV station reported.

Authorities are checking the neighborhood for surveillance cameras for possible evidence in the case.

Another Texas man admitted to spray-painting racist graffiti on his own home in Denton and setting a truck and motorcycle on fire earlier this month, and his wife said he has been admitted to a psychiatric hospital.