Michael Moore perfectly explains what Democrats fail to understand about 2016 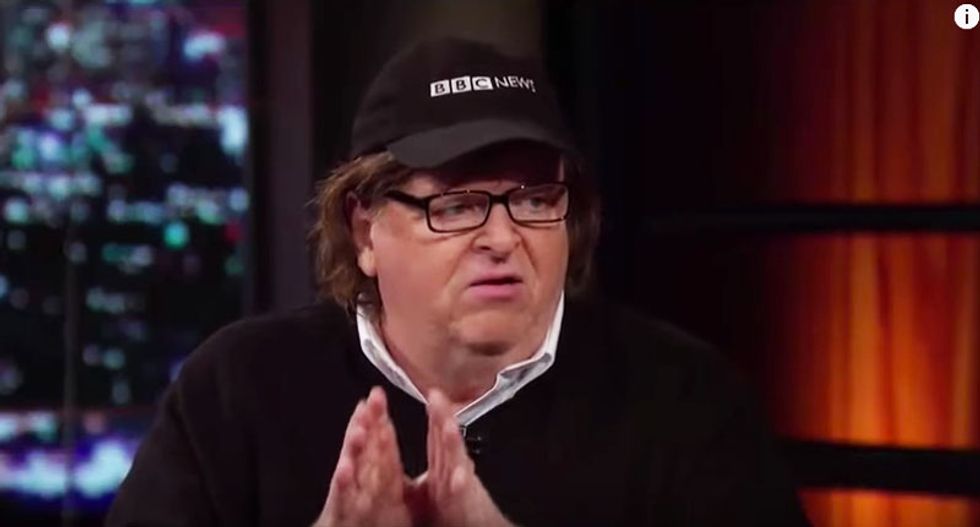 "I never wanted to be more wrong," Moore told Seth Meyers a month after the election.

Meyers was still stunned by Moore being so right. But the filmmaker deeply empathizes with so many coastal liberals still trying to understand what happened.

"It didn't seem possible... she was ahead in the polls, she was winning the debates, it was a great convention and he's crazy," Moore rattled off.

But Moore didn't just predict Trump would win the election, he nailed the four states that propelled Trump to victory.

"Michigan, Ohio, Pennsylvania, Wisconsin..." Meyers reminded Moore. "And that is exactly how it played out."

"Yes, I picked the four and ever since, people have been asking me for help with their lotto numbers," the filmmaker retorted.

But for Clinton-supporting Moore, the prediction was more like a "negative lotto."

"It's like you hit the lotto, but instead of winning $6M, you got kicked in the nuts," Meyers joked.

Turning to the next four years, Meyers then had an important question for the election predictor:

But rather than telling New York liberals to get out of their bubble or suggesting the party run celebrities, Moore took the high road.

"Here's the Democrats' biggest problem," he told Meyers, which of course "includes people who voted for Hillary."

"They don't act like they won. They won! She's 2.7 million votes ahead of Trump tonight... almost as many votes as Obama got in 2012," Moore pointed out.

And because is the second time this has happened in 16 years, Moore believes America should abolish the electoral college once and for all.

"I would be saying the same thing if Trump was ahead by 2.7 million," he added.