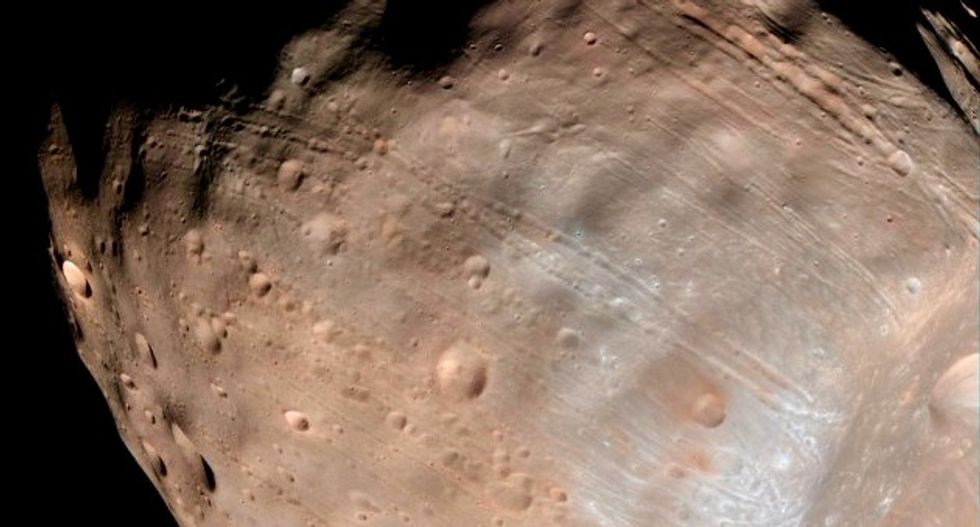 In 20 to 40 million years, the breakup of Phobos could leave a rocky ring system around Mars. Credit: NASA/JPL-Caltech/University of Arizona

Lola Gayle, STEAM Register The Martian moon Phobos was recently imaged by ESA's ExoMars Trace Gas Orbiter (TGO) as part of a routine series of tests. TGO arrived at the Red Planet on October 19 and made its first scientific calibration measurements during two orbits between November 20 and 28. The images of Phobos were obtained…