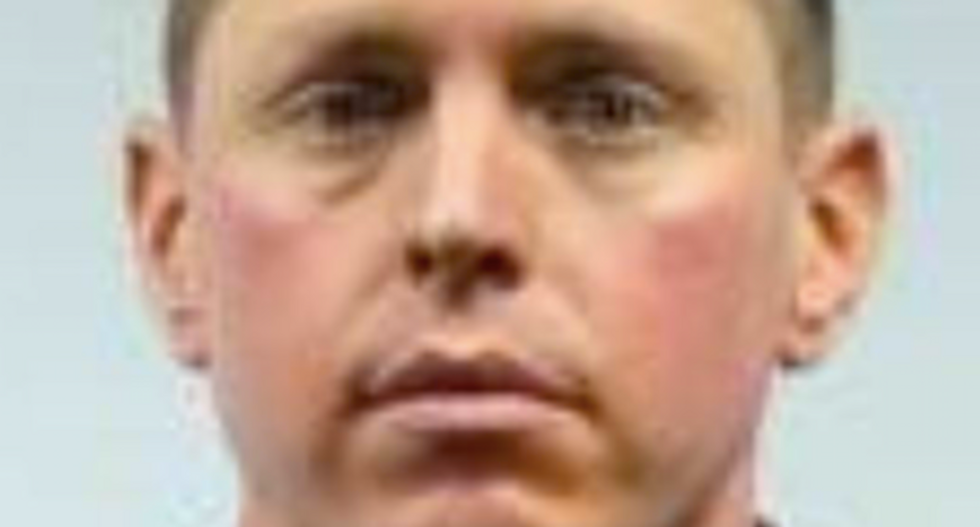 A New York firefighter was arrested after allegedly setting fire to his own home in an apparent attempt to smear anti-police brutality activists.

Jason Stokes pleaded not guilty Tuesday to arson in connection with the August fire at his house in Endicott, reported WBNG-TV.

A family member said at the time that they believed their home was targeted because of the "Blue Lives Matter" flag flying out front.

Investigators found the message, "lie with pigs, fry like bacon," written on some siding outside the burned home.

The slogan apparently referenced an incident from August 2015, when some demonstrators chanted, "pigs in a blanket, fry them like bacon," during a Black Lives Matter protest at the Minnesota State Fair that was widely reported by conservative media.

Pro-police websites blamed the fire at Stokes' home on "terrorists" associated with the civil rights group.

Prosecutors now believe the 41-year-old Stokes wrote the message to help cover up his crime, although they're not sure why.

Investigators also found multiple gas cans placed throughout the home, which they said appeared to be booby-trapped, but Stokes' family escaped unharmed and no other injuries were reported.

Cornwell said he was disturbed by the apparent attempt to blame civil rights activists for the fire.

"That statement to me is absolutely despicable," he said. "It fuels a false narrative when it comes to the work that police officers do."

UPDATE: Endicott firefighter has been released from jail after posting $10K bail