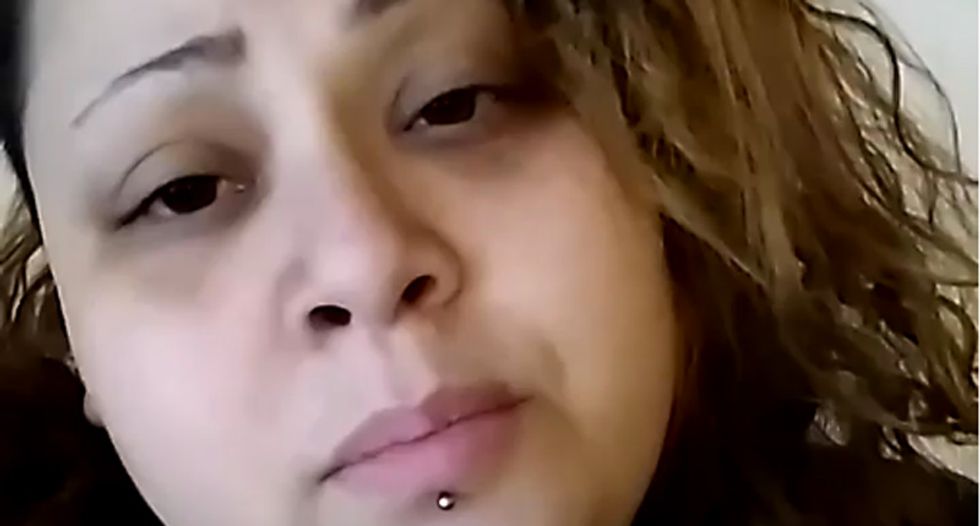 The attorney for a woman accused of stabbing a transgendered black man in the face after he offered her his seat on the subway claims her client lives in a home for women with psychological problems and was acting in self-defense, reports the New York Daily News.

Stephanie Pazmino, 30, was taken into custody and is now charged with assault in the second degree and criminal possession of a weapon after attacking Ijan DaVonte Jarrett on Sunday night.

According to Jarrett, he offered his seat to Pazmino who turned him down before reportedly telling her companion,"I don’t want to sit next to black people.”

When Jarrett attempted to get off at his stop, he claims Pazmino attacked him by stabbing him several times -- including in his face -- with a small knife.

Appearing in court on Tuesday, Pazmino's attorney defended her client saying she did it in self-defense.

According to attorney Elsie Chandler, Pazmino, whom she described as living in shelter, was defending herself after Jarrett, “tried to take out her eyes with his nails and fingers.”

“This was an unfortunate incident on the subway at Christmas time where lots of people lose their tempers,” Chandler told the court.

In the court filing, the weapon was described as a "sharp object used for cleaning fingernails."