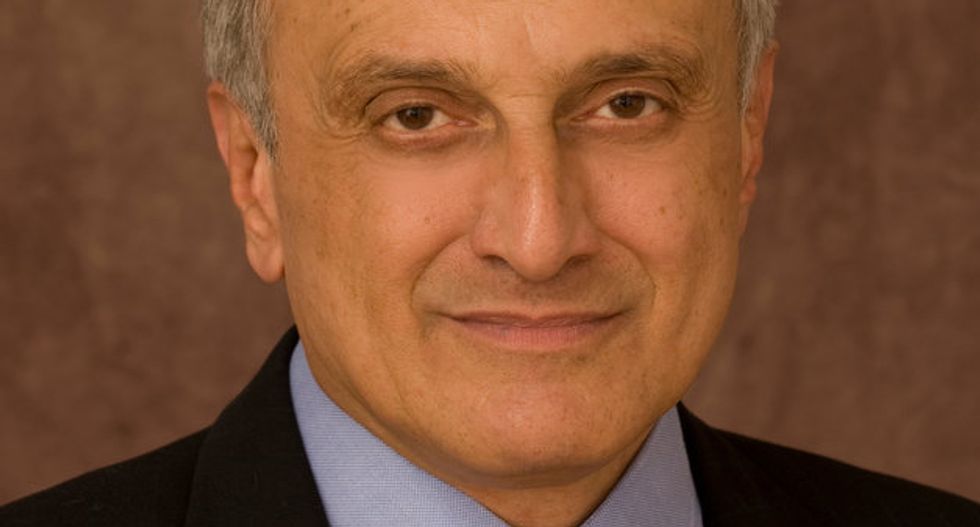 Trump campaign official Carl Paladino recently made headlines for being a disgustingly racist pig of a human being. The former GOP gubernatorial candidate, who managed to get himself elected to the Buffalo, New York, school board, responded to a survey about his New Year's wishes by attacking the Obamas in the most baldly ugly and racist way imaginable, including wishing for Michelle Obama to be “let loose” in Africa so she could live with apes. He also repeated the racist alt-right meme of her being a man, and said he hoped President Obama “catches mad cow disease” and then “dies before his trial and is buried in a cow pasture next to Valerie Jarret, who died weeks prior, after being convicted of sedition and treason, when a Jihady cell mate mistook her for being a nice person and decapitated her.”

So vile were Paladino's emailed responses to this questionnaire that even the Trump campaign and Paladino's own son denounced his comments, and it takes a lot for these people to disavow a racist. For his part, Paladino has made a variety of non-apologies, saying he should not have pushed "send" or that he did so in "error," and of course the classic, "I'm not a racist," (despite the fact that I spew racist bile in what I thought was private) absurd claim. He also mentioned not being "politically correct," the new badge of honor in the Trump era. Not being politically correct as we understand it is calling a grown woman a girl. Wishing someone death by decapitation, or comparing a grown woman to an animal, is in an altogether different category.

Of course, no person with an ounce of sense is buying it, and people are calling for his ouster as a school board member. “Words matter, Mr. Paladino,” School Board President Barbara Seals Nevergold said during a board meeting Thursday that Paladino did not attend. “The impact on children of color, especially African-American children is incalculable … They would like me to tell you, ‘You’re fired.'” The school board voted 6-2 to get him out, and vocal protesters, including the NAACP, are demanding the same.

Covering a matter like this seems like a no-brainer. But a number of media outlets are calling Paladino's comments "controversial." Really? Controversial? Don't controversies have two sides? What exactly is the argument in favor of a public official engaging in hate speech?

In the Thursday evening radiocast of WNYC, local affiliate of NPR, a segment on protest demanding Paladino's was introduced using this phrase: "... protesters demanding Paladino step down for what they say are racist comments."

For what they say .... are racist comments. Lots of emphasis added to the "they say."

Really? Only "they say" that? Who are the people who say these comments are not racist, exactly?

False balance has run totally amok and will not serve us well in the coming Trump days.