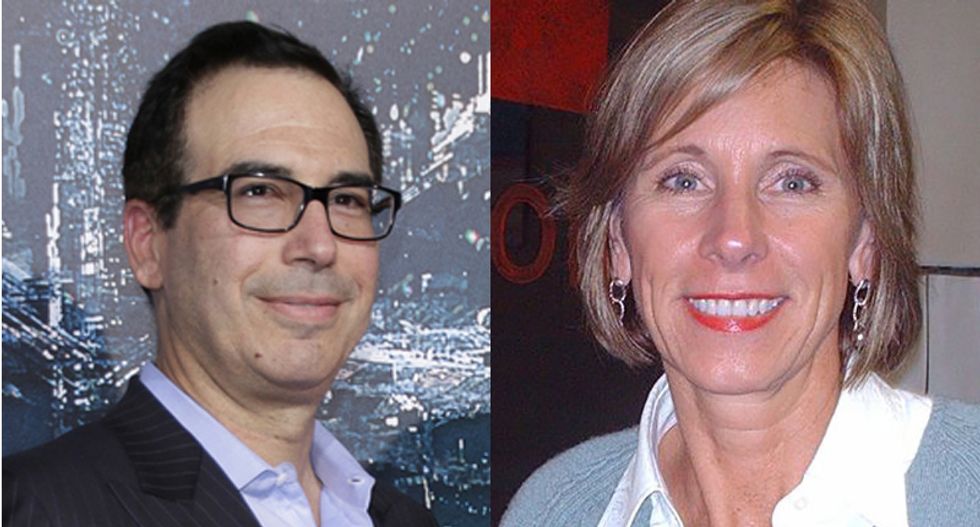 Beyond the prestige of holding a top position in President-elect Donald Trump's administration is an extra bonus for what is shaping up to be the richest cabinet ever.

According to the Washington Post, wealthy cabinet members may be in line to duck out on paying hundreds of million dollars in federal taxes on capital gains.

While Republican President Abraham Lincoln may have had his "team of rivals," Trump's early cabinet choices are shaping up to a "band of billionaires." Those rich folks will be given the opportunity to shape U.S. policy in ways that help out the wealthiest one percent -- while making out pretty well for themselves.

Buried deep in Section 2634 of federal ethics laws is a tax avoidance maneuver called a “certificate of divestiture,” that allows incoming cabinet picks to sell off billions of dollars in assets -- in order to avoid future conflicts of interest -- much of them tax-free.

When former President George W. Bush selected Goldman Sachs CEO Henry Paulson top serve as his treasury secretary, Paulson sold off approximately a half a billion dollars’ worth of Goldman stock and avoided what might have totaled over $200 million in capital gains taxes.

According to Robert Lenhard, a campaign-finance lawyer and former FEC chairman, the law was put in place out of fairness to potential administration picks.

“If you suddenly had to absorb the capital-gains taxes of substantial parts of your holdings, it would be a real body blow to some people financially,” he explained. “I just think of it as an act of fairness for those people entering public service.”

Depending on the position, not all cabinet secretaries will be asked to divest themselves of holdings that might give rise to questions of conflicts of interest, but those who want to take advantage on the law could recognize substantial savings, including possible education secretary, Betsy DeVos, whose family fortune is estimated at approximately $5 billion.