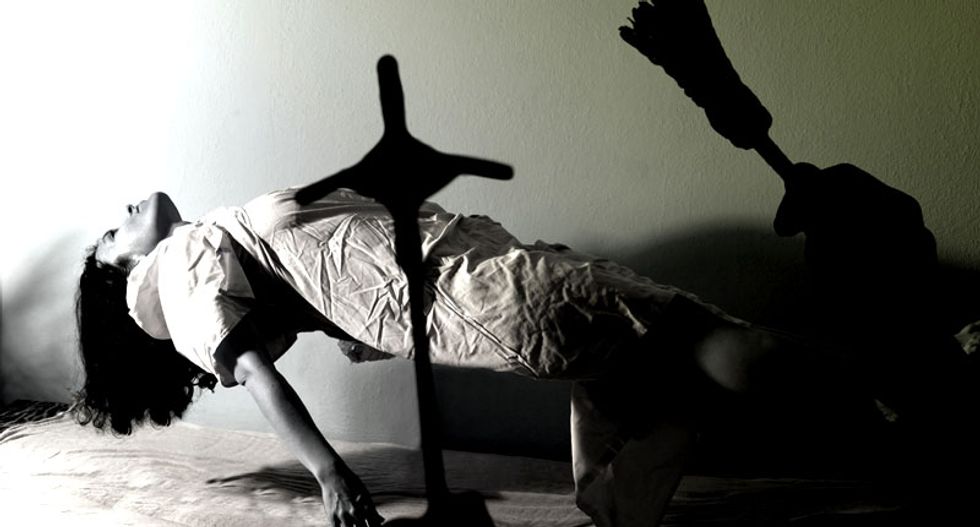 Exorcism of priest and levitation by woman possessed by devil (Shutterstock)

The internet is an essential tool for modern communication, but several Catholic priests are saying it's also helping lead to an unprecedented epidemic in demonic possession -- which is why they are trying to recruit a global exorcist army.

Father Vincent Lampert, the head priest at St. Malachy’s in Indianapolis, tells the New York Post that he and 400 other Catholic leaders recently gathered in Rome "to strategize on how to recruit and train more exorcists in the dark arts, which uses holy water and prayer to combat evil."

Why does the church suddenly need more exorcists? According to Lampert, the proliferation of pornography on the web -- along with the widespread availability of illegal narcotics and information about the occult -- has led to a surge in demons taking possession of unsuspecting people all over the world.

"Exorcism is like triage," the priest told the Post. "We’re the emergency crew — but there aren’t enough of us."

Marcos Quinones, a New York State chaplain, tells the Post that he believes drug dealers are casting magical spells on the narcotics they sell to make their users more open to demonic possession.

"Many drug traffickers practice forms of the occult," he explains. "They incorporate voodoo or black magic that gives them the power to succeed. It makes the product more powerful and creates a stronger addict. In essence, they’re doubling the curse the drugs cause anyway... If demons exist and you take a drug that changes your thinking pattern, that opens itself up to the entities of these Demons."