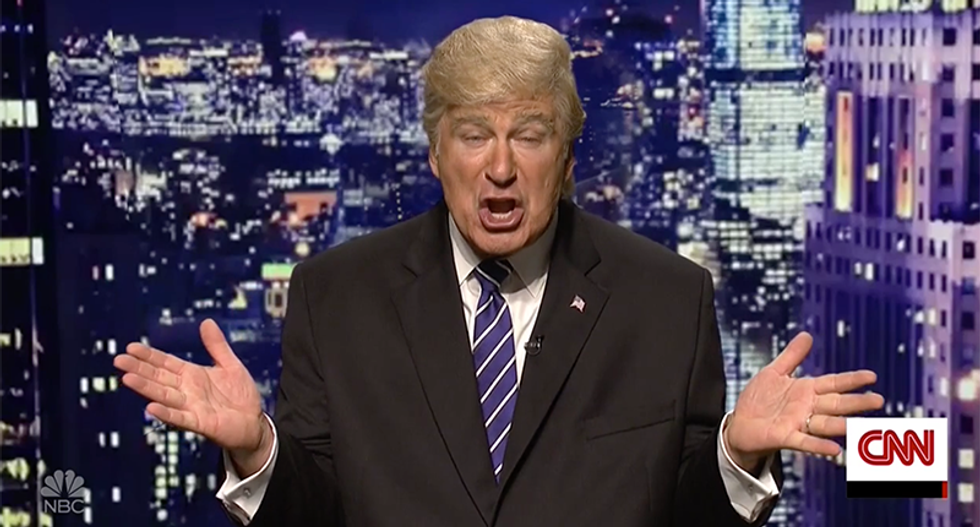 Actor Alec Baldwin fired back at Donald Trump's latest complaint about how he is being portrayed on NBC's Saturday Night Live with an offer for the president-elect.

Show us your taxes and I'll leave you alone.

At a time when Trump should be knee-deep in security briefings and putting together his administration, he has been spending an inordinate amount of time on Twitter complaining about how he's being treated while promoting himself.

That also happened to be the topic of SNL's spoof of Trump Saturday night.

Baldwin fired right back on Twitter, tweaking Trump over his failure to release his taxes, with a terse: "Release your tax returns and I'll stop. Ha."

Previously, Trump complained about SNL and asked for equal time, tweeting, "I watched parts of @nbcsnl Saturday Night Live last night. It is a totally one-sided, biased show – nothing funny at all. Equal time for us?”