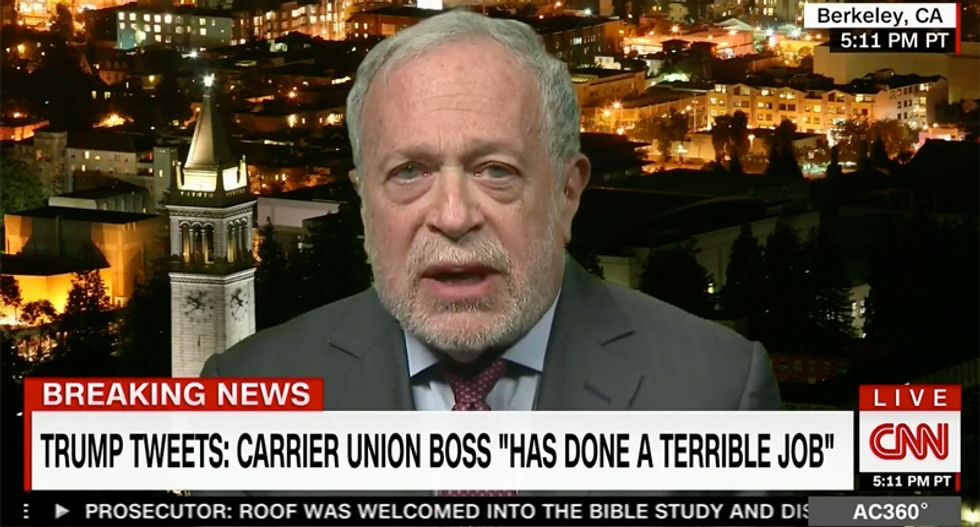 Minutes after Jones called Trump out on his false promises about keeping Carrier jobs in the U.S. the president-elect punched down at the union leader, tweeting, " Chuck Jones, who is President of United Steelworkers 1999, has done a terrible job representing workers. No wonder companies flee country!"

Saying he knew Trump was watching, a furious Reich addressed the president directly.

'Let me just say with all due respect, Mr. Trump," Reich exclaimed. "You are president elect of the United States. You are looking and acting as if you are mean and petty, thin-skinned and vindictive. Stop this. This is not a fireside chat. this is not what F.D.R. did. This isn't lifting people up."

Reich went on to hammer Trump for attacking Boeing and bullying, before adding, "You are going to be president very shortly. You are going to have at your command not just Twitter but also the CIA, the IRS, the FBI. If you have this kind of thin-skinned vindictiveness attitude towards anyone who criticizes you, we are in very deep trouble."