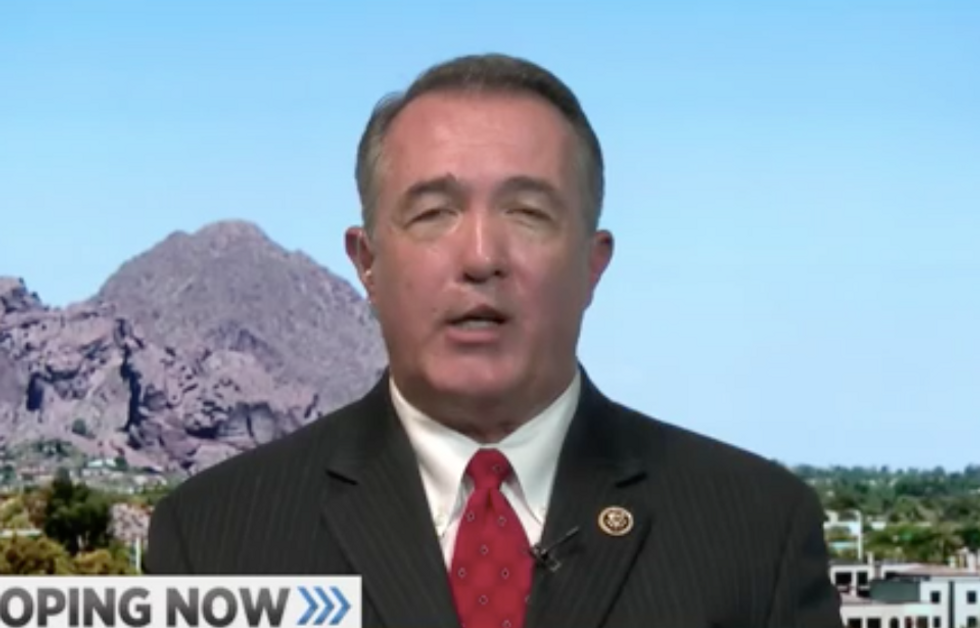 Conservative Republican Rep. Trent Franks reacted to the Obama administration's fresh sanctions against Russia for election meddling by praising the hackers who penetrated the servers of U.S. political organizations and published what they found online.

The New Civil Rights Movement's David Badash said that Franks was speaking to MSNBC when he made the remarks, which have touched off a firestorm of controversy.

"Most of what we're talking about is based on leaks," Franks said. "If anything, whatever they might have done was to try to use information in a way that may have affected something that they believed was in their best interests."

He went on, "If Russia succeeded in giving the American people information that was accurate, then they merely did what the media should have done."

In fact, as Badash noted, many of the emails published by WikiLeaks are believed to have been doctored to make them appear more sensational.

Trent Franks has dishonored himself by choosing party, siding with Russian attacks on our democracy, over country. #Shame
— John Weaver (@John Weaver)1483043298.0