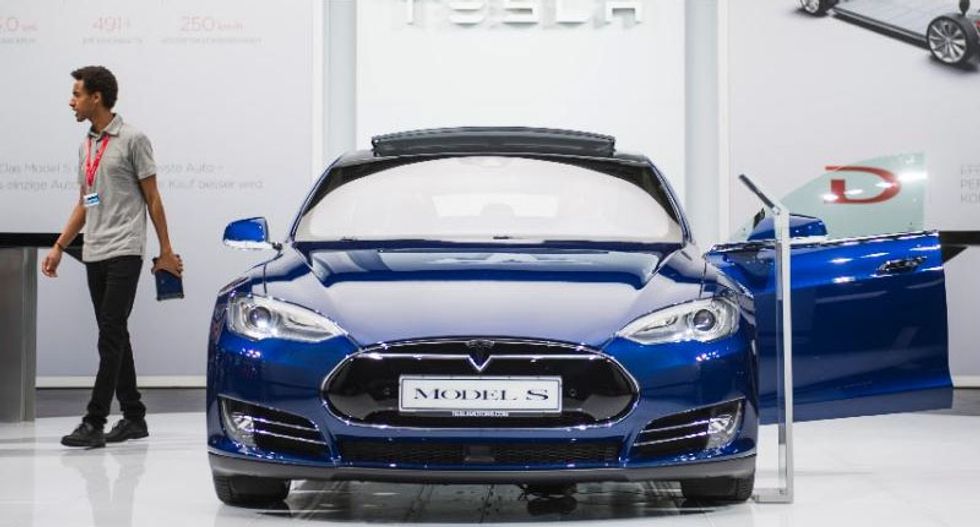 The Model S of US electric car manufacturer Tesla Motors is seen during a press day at the 66th IAA auto show in Frankfurt am Main, on September 16, 2015 (AFP Photo/Odd Andersen)

Tesla Motors Inc was sued on Friday by a Model X owner who said his electric SUV suddenly accelerated while being parked, causing it to crash through the garage into the owner's living room, injuring the driver and a passenger.

The Model X owner, Ji Chang Son, said that one night in September, he slowly pulled into his driveway as his garage door opened when the car suddenly sped forward.

"The vehicle spontaneously began to accelerate at full power, jerking forward and crashing through the interior wall of the garage, destroying several wooden support beams in the wall and a steel sewer pipe, among other things, and coming to rest in Plaintiffs' living room," the lawsuit said.

The lawsuit, filed in U.S. District Court in the Central District of California, seeks class action status. It cites seven other complaints registered in a database compiled by the National Highway Traffic Safety Administration (NHTSA) dealing with sudden acceleration without warning.

Tesla said in a statement that it had "conducted a thorough investigation" of the claims made by Son.

"The evidence, including data from the car, conclusively shows that the crash was the result of Mr. Son pressing the accelerator pedal all the way to 100 percent," a Tesla spokesperson said in an emailed statement.

Tesla said it has various ways to protect against pedal misapplication, including using its Autopilot sensors to distinguish between erroneous pedal application and normal cases.

NHTSA did not return a phone call seeking verification of the complaints in its database.

In its marketing, Tesla claims the Model X is the safest SUV in history.