Trump biographer: Stop overestimating him -- he's a cross between a junkie and a hungry chicken 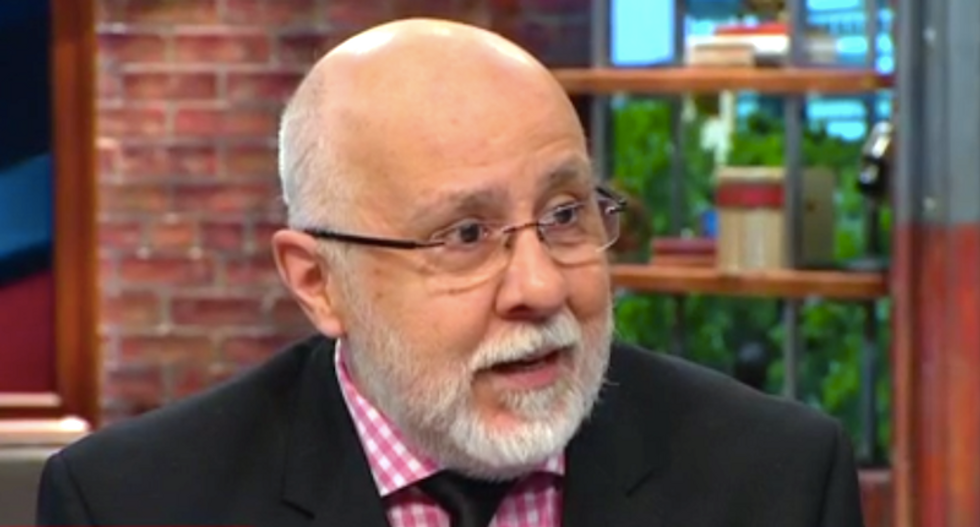 In a scathing editorial published Friday, The Truth About Trump author Michael D'Antonio said that critics who think President-elect Donald Trump will behave with more maturity and gravitas when he takes office are missing the point.

"The President-elect probably cannot control himself," D'Antonio wrote in the New York Daily News. "I interviewed him for six hours when writing a biography, and I mean that literally."

Trump's habit of teeing off on average Americans on Twitter, D'Antonio said, is symptomatic of his bottomless desire for approval and attention and his inability to moderate his feelings when he feels that he is under attack.

"Long an advocate of responding '10 times harder' when his feelings are hurt -- and they are very easily hurt -- Trump has a tendency to strike with massive force without much concern for the size or vulnerability of the person in his sights," D'Antonio said. "I suspect this is because the pain he feels when criticized doesn't depend on the source. No matter who speaks out, he cannot bear disapproval."

This explains his tirade at Indiana labor official Chuck Jones, which has ultimately resulted in Jones receiving death threats against himself and his children thanks to Trump's 17 million Twitter followers.

"Unseemly and irresponsible in a candidate, Trump's overreactions are downright dangerous when they come from someone with the power he now possesses. Besides the obvious danger that arises when a president or President-elect paints a rhetorical target on a citizen's back, we have to consider the civic damage done when people are made afraid to speak their mind about a political leader," D'Antonio said.

But like fellow Trump biographer Tony Schwartz -- who ghost wrote Trump's bestselling The Art of the Deal -- D'Antonio said that Trump has no attention span for anything that does not directly pertain to his own greatness.

Schwartz called Trump "a living black hole" with the attention span of a "kindergartner."

“It’s impossible to keep him focused on any topic, other than his own self-aggrandizement, for more than a few minutes," Schwartz said.

D'Antonio likened Trump to a junkie whose drug is attention and the instant rush he gets from Twitter is too powerful a high for him to give up or even control his need for.

"Trump, who has long been addicted to attention, had found a new, super-potent form of it in social media. This hit was not only powerful; it was available in an endless supply that he could access at will," he wrote.

He finished with a disturbing image of Trump as a mindless animal in a behavioral experiment.

"He no longer had to manipulate journalists and wait for them to act. He could tap out a few words and get what he wanted immediately. It reminded me of psychologist B.F. Skinner's experiments with chickens that learned to push a button with their beaks for the reward of a food pellet. Once they had trained themselves, the birds couldn't stop pecking even when the pellets no longer came and they injured themselves," he said.

"Like Skinner's animal subjects," he concluded. "Trump has learned to get what he wants. No matter who criticizes him, no matter the consequences, he will keep doing it. Those who ask if he will stop scouring the press for evidence of enemies and using his power in an indiscriminate ways should stop thinking of him as a conventional politician and start looking at him as a chicken."