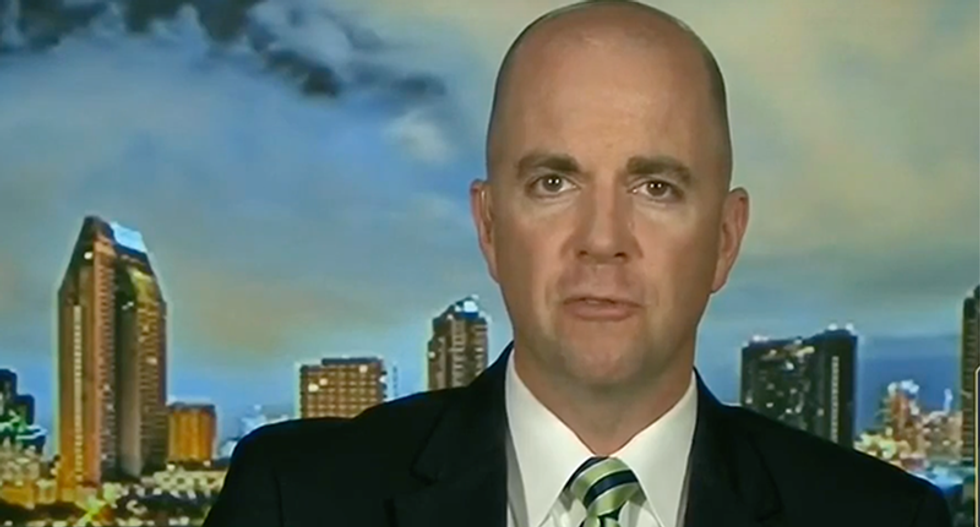 President-Elect Donald Trump's national security advisor Gen. Michael Flynn spread a fake news story on Breitbart News that there were Arabic signs along the U.S./Mexico border. He explained that the signs direct so-called "radical Islamic terrorists" to smugglers that can get them over the U.S. border. But Shawn Moran, the Vice President of the National Border Patrol Council, claims that's illogical and false.

"I've never seen any signs let alone in Arabic," Moran said on "Erin Burnett Out Front" Friday night. "This is a smuggling operation. It would not bode well for the smugglers if they were advertising where their smuggler routes for. I've never seen and it I've never heard it from any agents."

Burnett said that Gen. Flynn said that he personally saw photos of these signs but that Moran raises a good point that putting up a sign isn't exactly smart for people trying to keep things under cover. "Why do you think he would say that?" Burnett asked.

"I'm not sure," Moran said, simply. "I am concerned though about the sentiment of his statement. That there is a smuggling route from the Middle East to the southern border. We've seen that. We've seen people in the past six months arrested from Syria, Saudi Arabia, Pakistan. So, it is a concern that people are finding their way from the Middle Eastern countries to the southern border."

If there were verifiable cases of this occurring, it's still unclear why Gen. Flynn would need to allegedly make up the signs. Burnett noted that there have not been any cases of terrorists crossing the Mexican border and launching an attack on Americans.

"At this time none of them have," Burnett said. "There's been no terrorist attack by anyone who came over the southern border in this way. there is no evidence that could happen."

But Moran said that it could happen and went on to attack President Obama for allowing borders to go unprotected.

Check out the discussion below: