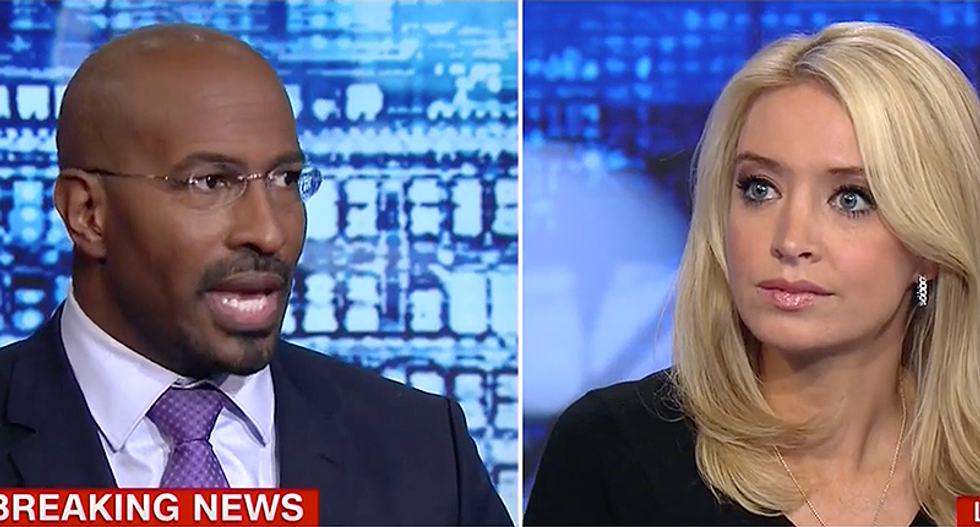 In the world of sound bytes, it's easy for right-wing pundits to claim that former Secretary Hillary Clinton and President Barack Obama once cozied up to Russia and only now they're singing a different tune. Van Jones explained to Trump supporter Kayleigh McEnany that being the head of a country means you can't always ignore one of the largest countries in the world.

"There was a time when the bigger threat [to the United States] was from Iran and the concern that Iran was going to get nuclear weapons," Jones began in his Thursday night appearance on AC360. "So Hillary Clinton, in her brilliance, was able to pull together both the Chinese, not our friends everyday, and the Russians, not our friends any day, in an alliance to deal with Iran. You have to pick."

Jones went on to explain that the leader of the United States can't afford to let an adversary get ahold of nuclear weapons. Yet, even during negotiations between the U.S., China and Russia with Iran, "At no point do I believe that we said, 'Well, geez, we're going to now say that you can attack our country," Jones said. At no point did the United States tell Russia, "you can hack our infrastructure, you can mess with our elections, and that's okay, too."