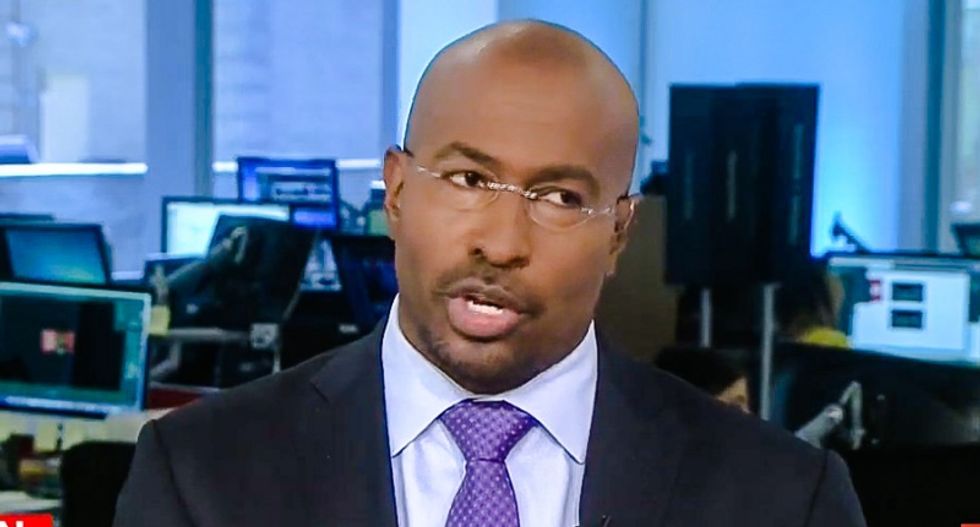 Democratic pundit Van Jones was amazed when speaking with his CNN panelists Thursday night that President-Elect Donald Trump is promoting democratic policies that were once killed by Republicans in Congress.

Democratic consultant Paul Begala noted that Trump is entering office with the lowest approval rating of any recently elected president in history. When George W. Bush was elected after the recount in Florida he even entered office at 59 percent favorability. Trump, by contrast, is at a mere 42 percent.

While the Democrats on the panel celebrated the work Trump did to save 1,000 jobs at the Carrier plant, Begala noted it was Democrats who tried to save these jobs years ago.

"I've spoken to several [Congessional Democrats] and they keep coming back to infrastructure and Medicare on the two polls," Begala began. "If he really wants an infrastructure bill, the Democrats have wanted one for years. Guess what, there was a bill that Debbie Stabenow had, a Democrat from Michigan, in 2014 that was called the Bring Jobs Home Act and it taxed corporations that shipped jobs overseas and rewarded corporations that brought jobs home. Exactly the carrier deal today. And Republicans killed it."

Begala said that if Trump wants to succeed, he should reach out to Democrats who have proposed the bills he wants to see pass.

"Why is it when Democrats propose that stuff, it's called socialism, and when you propose it, it's called patriotism," Jones broke in, asking former Rep. Jack Kingston.

Host Anderson Cooper noted that Wednesday night in an interview, Sen. Elizabeth Warren (D-MA) argued that Democrats should do to Trump exactly what Republicans did to Obama for his presidency.

Begala said that what Cooper cited was the argument among every Democrat in the Beltway currently. "Should it be obstruction, war to the knife, stop this guy everywhere, or should there be a more constructive opposition to help the country," Begala said.