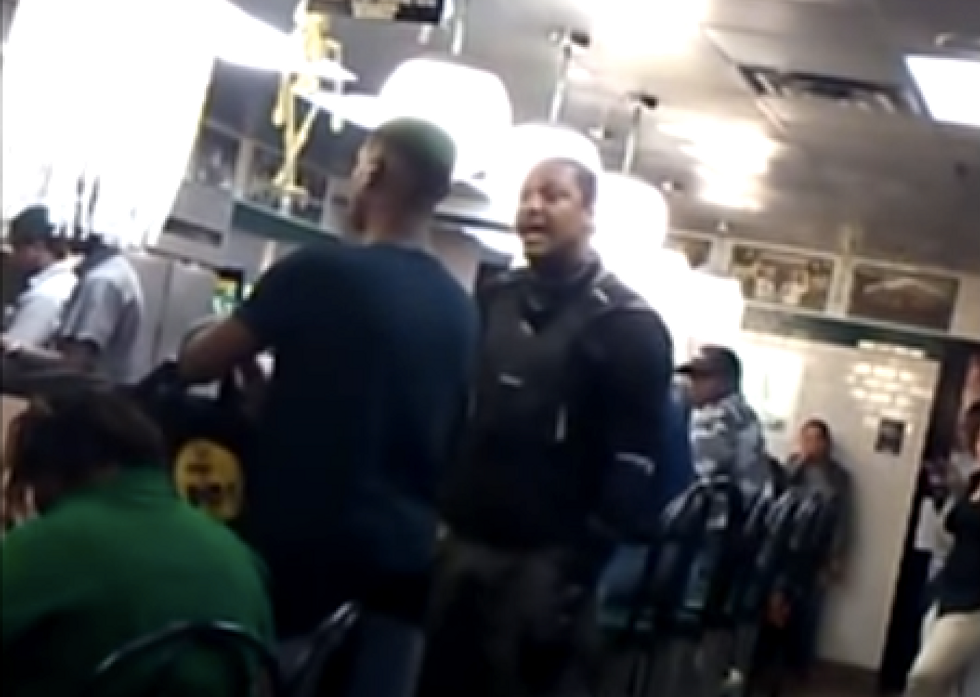 The details about where and when the assault took place are unclear, said LGBTQ Nation, but in the video, two men were arguing at the counter when one called the other "sissy boy" and sucker-punched him.

Another man -- who LGBTQ Nation believes to also be gay -- jumped in to defend the first man as customers scattered and screamed. The scene quickly deteriorated into an all-out brawl as staff and other customers begged the three men to break it up.

Authorities are searching for any information that might lead them to the attacker or the two victims.

Watch the video, embedded below [CONTENT WARNING: THIS VIDEO CONTAINS VIOLENCE AND PROFANITY THAT SOME VIEWERS MAY FIND UPSETTING]: