WATCH: White nationalist gets punched out on French show for whining he’s up to his ‘a**hole in Arabs' 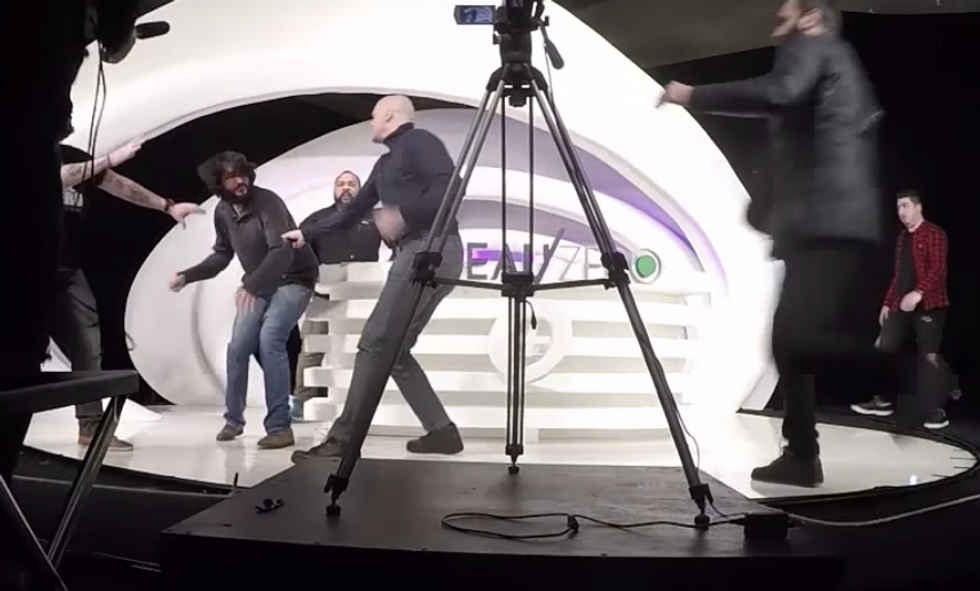 Conversano -- a notoriously anti-Islam, anti-immigrant far-right pundit -- left the studio with bruises and a split lip after he said that everyone in France is sick of Arabs, which is why the far-right National Front party is polling at 30 percent.

The debate was organized by anti-Semitic comedian Dieudonné M'Bala M'Bala, who struggled to keep his composure as the discussion between Soral and Conversano erupted into blows.

Soral is the founder of France's nationalist Association for Equality and Reconciliation, but is also an instructor for the French national boxing society. He lost his cool when Conversano -- who is known for his racist views and advocacy of war crimes against Muslims -- said that reconciliation between longtime French citizens and Arab immigrants is impossible.

"They're not French," said Conversano.

"They're not white, you mean," replied Soral. "By what right do you dare to say that?"

"Because it's the truth and everyone realizes it," Conversano insisted.

"Who is 'everyone,' you little sh*t?" demanded Soral.

To which Conversano replied that it's the people who have put the National Front at 30 percent in the polls because the French have "had it up to their a**holes" with Arabs.

Soral then strode across the soundstage and landed a kick and several punches to Conversano's face and upper body as production personnel struggled to separate them. Conversano was left with a split lip and grounds for assault charges.

(Note: This article has been updated for clarity.)