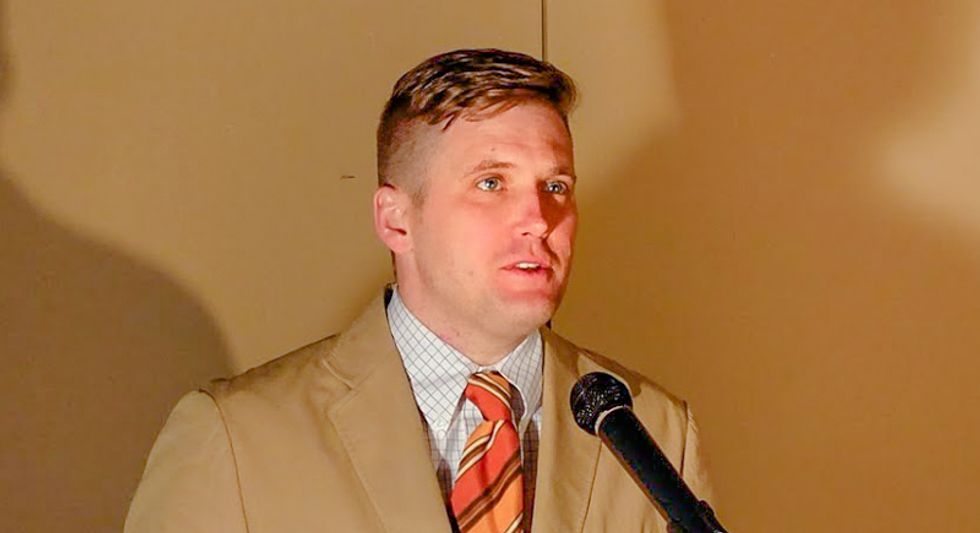 Four of the most prominent white nationalist groups have been allowed to raise more than $7.8 million in tax-deductible donations over the past decade after the federal government recognized them as nonprofit charities.

The groups present themselves as educational organizations and use donor contributions to pay for websites, books and conferences to spread their ideas about white racial supremacy, based on a review of documents obtained by The Associated Press and Raw Story.

For example, the National Policy Institute spent $21,280 in 2012 to hold a Seattle conference on "genetics and the history of science" and another $16,658 to publish a novel and a biannual journal on "cultural matters" and to develop a book on the history of science, according to the group's 990-EZ filing.

Those tax-deductible donations have also gone to pay the salaries of the groups' leadership, including NPI president Richard Spencer and Jared Taylor, who heads the New Century Foundation.

The IRS recognized both of those groups, along with the Charles Martel Society and the VDare Foundation, as 501(c)(3) nonprofit charities more than a decade ago -- which helps them appear more respectable and also avoid paying taxes on their fundraising operations.

Both the NPI and Charles Martel Society, which publishes the Occidental Quarterly, were founded by William H. Regnery II -- whose eponymous publishing company distributes books by Donald Trump, Ann Coulter, Michelle Malkin and other conservative writers.

“It should make people uncomfortable that the government is subsidizing groups that espouse values that are incompatible with most Americans,” Samuel Brunson, a Loyola University tax law professor, told The Associated Press.

The IRS used to weed out nonprofit applications for propaganda outfits, and a court in 1994 upheld its denial of tax-exempt status for the racist Nationalist Movement.

But some tax experts said the IRS isn't "feeling very brave" after conservative outrage over the agency's admission that Tea Party groups were subjected to additional scrutiny in their applications for tax exempt status.

That controversy, which boiled over in 2013, came after the IRS granted tax exempt status to the National Policy Institute, New Century Foundation, Charles Martel Foundation and VDare Institute.

An IRS spokesman declined to comment on individual groups, but a former IRS attorney told the AP that the agency lacks the resources to closely examine every application.

“We certainly did not conceal our intentions,” Taylor said. “I think we are educational in precisely the terms that Congress defined.”