Women brewers craft anti-Trump beer to protest the inauguration: It 'will knock you on your ass' 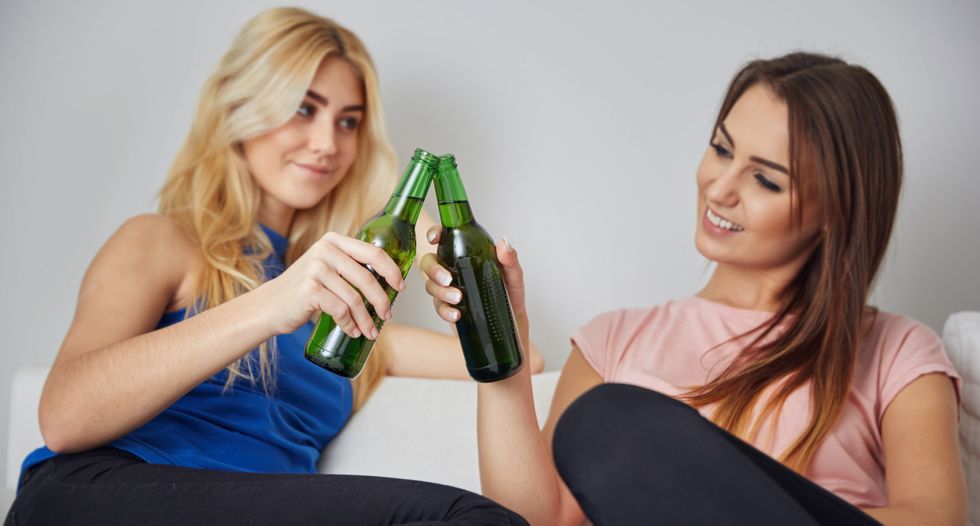 “We are standing up for each other,” Goldspot head brewer Kelissa Hieber said. “That’s what this is about. We need to.”

Hieber’s co-organizer brewer Bess Dougherty told Westword while the idea was prompted by the election of Donald Trump, its purpose is extends far beyond the president-elect.

“Was this sparked by his election? Yes,” Dougherty said. “But in the end, it’s about groups who will be at risk under this administration, groups that are already under attack.”

“We felt it necessary to take action and decided to use our art to make our voices heard,” Dougherty and Hieber wrote in a private Facebook about the event. “We are coming out in support of those most at risk in our community and doing what we can to stand together as a united voice against hate and intolerance.”

While President Barack Obama proudly boasts of being a feminist, president-elect Donald Trump is seen by many as one of the most anti-women leaders the US has seen in decades. In addition to his own personal track record, including bragging about sexual assault and declaring that “putting a wife to work is a very dangerous thing,” Trump also pledges to appoint anti-choice Supreme Court justices with the goal of overturning Roe V. Wade. The president-elect has also floated the idea of punishing women who seek abortions under his administration.

“This beer works to combat the hate and oppression while also lending support and solidarity to the fight for equality,” the organizers wrote. “We believe in this beautiful community, and we feel it is necessary to work together to protect it.We believe in an America that celebrates its diversity, an America that protects and supports anyone regardless of sexual orientation, gender, identity, race, religious views or immigration status. We condemn the hate that has always existed against marginalized groups, and we will not stand for the new strong wave hitting our country.”

“We were thrilled when we saw Bess’s post,” Lady Justice co-owner Betsey Lay told Westword. “We had been planning to brew a beer called Madame President. But obviously that didn’t happen.”

The beer, aged in strawberry puree, will boast an ABV between 8 and 9 percent. “It will look like a delicate beer, but it will knock you on your ass,” Dougherty said.

Proceeds from the beer all be donated to the LGBTQ advocacy group One Colorado, Planned Parenthood, the ACLU and Conservation Colorado.

“So many people felt so defeated and helpless after the election,” she says. “These are baby steps, but it’s a way to start doing something.”