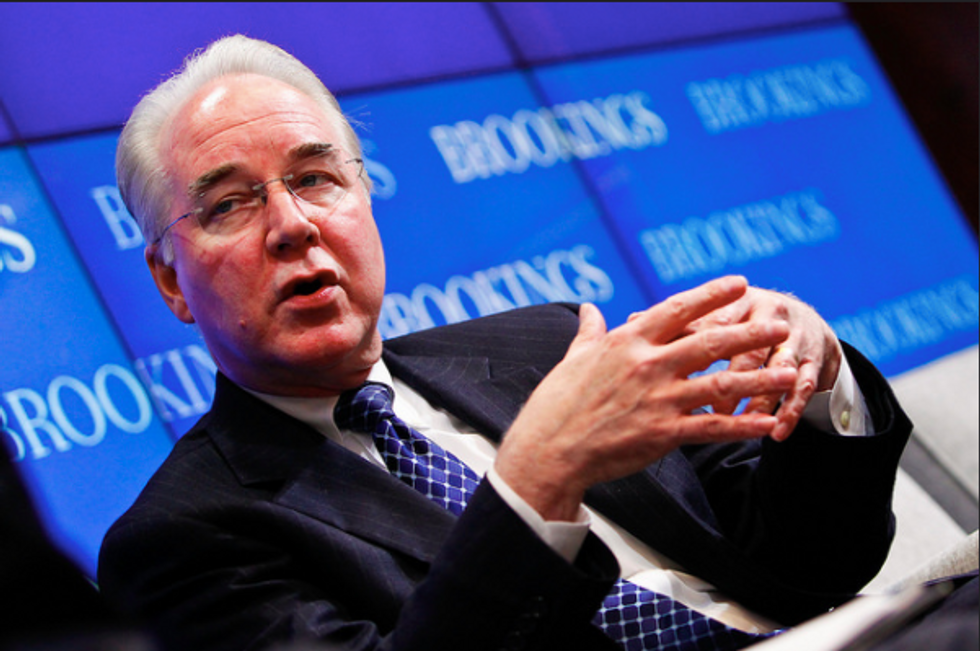 Rep. Tom Price, Donald Trump’s pick for Health and Human Services Secretary bought thousands of dollars worth of shares in a medical device manufacturer days before introducing legislation to delay an industry regulation that would directly hurt the manufacturer, CNN reports.

Price bought between $1,001 to $15,000 worth of stock in Zimmer Biomet, an Indiana based firm that produces orthopedics products, in March 2016. According to CNN, the following week, Price introduced the HIP Act, a bill designed to delay a new regulation that would harm Zimmer Biomet’s bottom line.

The bill involved a new Centers for Medicare and Medicaid Services regulation that changed how manufacturers like Zimmer Biomet receive Medicare reimbursement. Price objected to the regulation, even spearheading a letter to Andy Slavitt, acting administrator of CMS.

According to CNN, two days after Price’s letter to Slavitt, Zimmer Biomet PAC donated $1,000 to Price’s reelection campaign. Three months later, after Price introduced the legislation, the PAC donated another $1,000.

Larry Nombel, general counsel at the watchdog group Campaign Legal Center, told CNN if Price “believed in the bill, he should not have purchased the stock.”

"It clearly has the appearance of using your influence as a congressman to your financial benefit," Noble said.

Price spokesman Phil Bando told CNN there’s no conflict between Price’s ownership of Zimmer Biomet’s stock and his decision to introduce a bill that directly benefitted the company.

"Dr. Price takes his obligation to uphold the public trust very seriously," Blando said. "The Office of Government Ethics has completed an exhaustive review of Dr. Price's financial holdings and just as Dr. Price was compliant with congressional disclosure rules, Dr. Price will comply fully with the recommendations put forward by the ethics office."