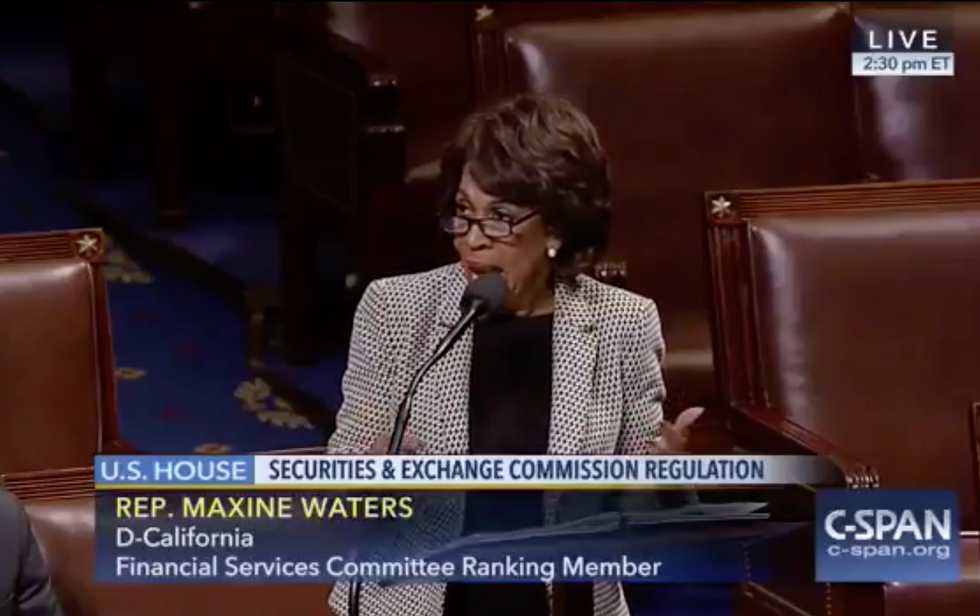 During a House speech on Thursday by Rep. Maxine Waters (D-CA), C-SPAN was knocked off the air by Russia Today, an English-language network run by the Russian government.

Think Progress reported that around 2:30 p.m. Eastern time, Waters was delivering a speech in which she questioned whether the Trump administration's Securities and Exchange Commission (SEC) can be trusted to act impartially with regards to Russia.

“I urge my colleagues to join me, investor and consumer advocates, public pension plans, civil rights groups, labor unions and supporters of financial reform in opposing H.R. 78 to ensure that the actions of Trump’s SEC are in the interests of Americans’ economic stability and not in Russia’s or Wall Street’s interest,” Waters said. “At this time, with the bill that would basically take our cop on the block, the SEC, and literally obliterate  -- "

At that moment, C-SPAN's feed disappeared and was replaced by programming from Russia Today.

The network posted a notice later in the afternoon that the interruption was caused by "an internal routing issue."

Aaron Rupar said at Think Progress, "The incident occurs six days after the U.S. intelligence community released its declassified intelligence report about Russia’s meddling in the presidential election. A significant portion of it details RT’s efforts to help Donald Trump." Watch the video, embedded below: