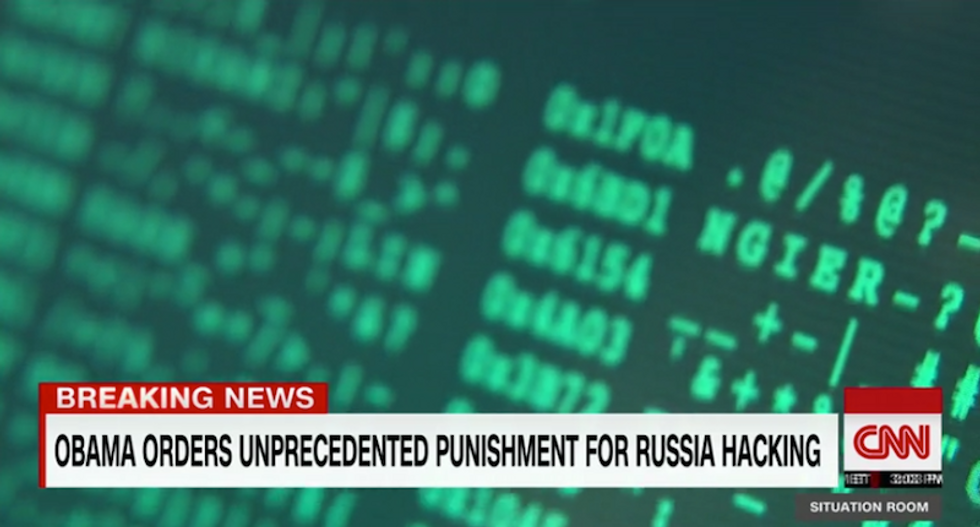 Footage from Fallout on CNN (screenshot)

According to the report, Reddit user Poofylicious first spotted the footage, posting screenshots of CNN's report and the corresponding footage from the video game. CNN used the footage of a hacking terminal in the Fallout 4 video game in its segment about alleged Russian hacking of the election.

The White House announced a series of sanctions against Russia in an Executive Order released last week, including the expulsion of 35 Russian diplomats from the U.S.

President-elect Donald Trump responded to the proposed sanctions and the hacking allegations in a brief appearance outside his Mar-a-Lago estate in Florida. He told reporters, "I think we ought to get on with our lives."

Trump also praised Russian President Vladimir Putin for delaying any response to Obama's sanctions. In a tweet on Dec. 30, he wrote, "Great move on delay (by V. Putin) - I always knew he was very smart!"

One Reddit user responded to the original thread about CNN's footage, writing, "If you want to talk about hacking on a major news network, your choices are either that or a scene from The Matrix."