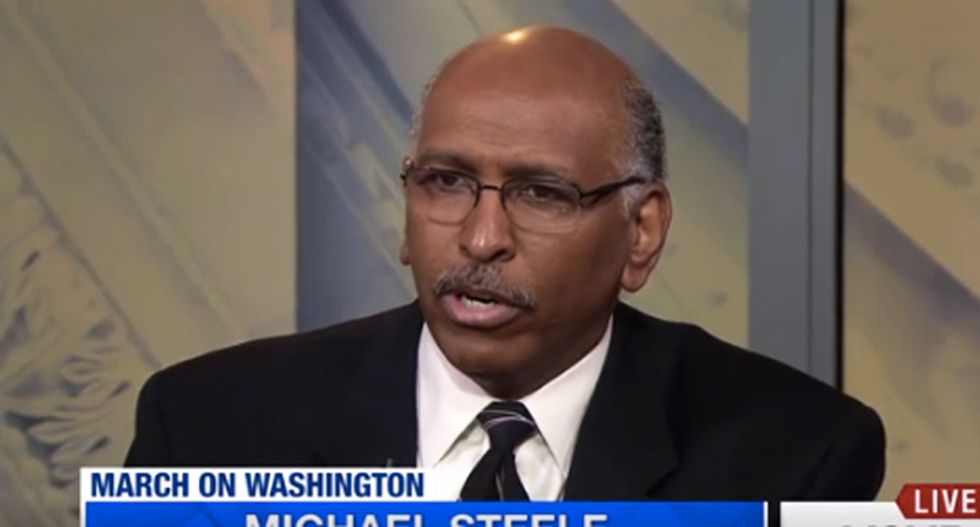 Bright and early Saturday morning, Trump trashed the man who was beaten by cops in Selma for the crime of trying to register black voters in 1965 by saying Lewis is "all talk, talk, talk - no action or results. Sad!"

Appearing on MSNBC's AM Joy, Steele took Trump to task for the comments that happened to be tweeted on Martin Luther King Jr. weekend.

"Number one, don't tweet that. Number two, don't go there. And number three, try and step back and appreciate what's being said," Steele began, referring to Lewis's criticism.

"You can put it in a partisan context," he continued. "You know, 'He's a Democrat, I'm a Republican. He's black, I'm white.' It goes to what you were just saying, what's undergirding that?"

"If you're looking to heal and bridge, and bring people of America together, well, we're a part of that. As black folks, we're apart of that," Steele remarked. "Our expectation is, not only will you attempt that same effort that you would to white folks in other communities, but that you will show respect for our leadership, those who do represent our interests. You know, the tweet is unnecessary. John Lewis has a walk that very few people in this country, least of all Donald Trump, have ever walked."

"John Lewis has a walk that very few people in this country, least of all Donald Trump, have ever walked." #AMJoy https://t.co/L3WtLNCfNs