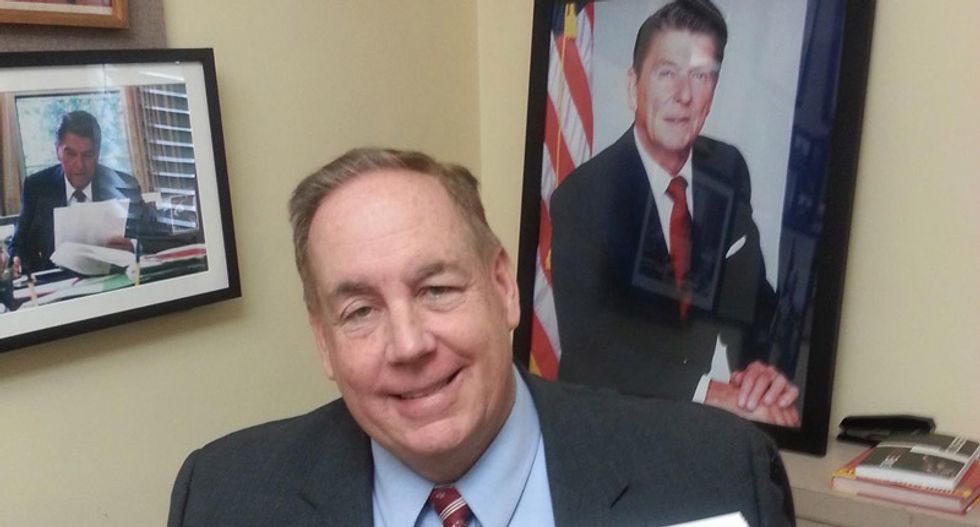 On Saturday, the Republican senator endorsed the following sentiment by retweeting a joke by Larry Elder, a radio personality. 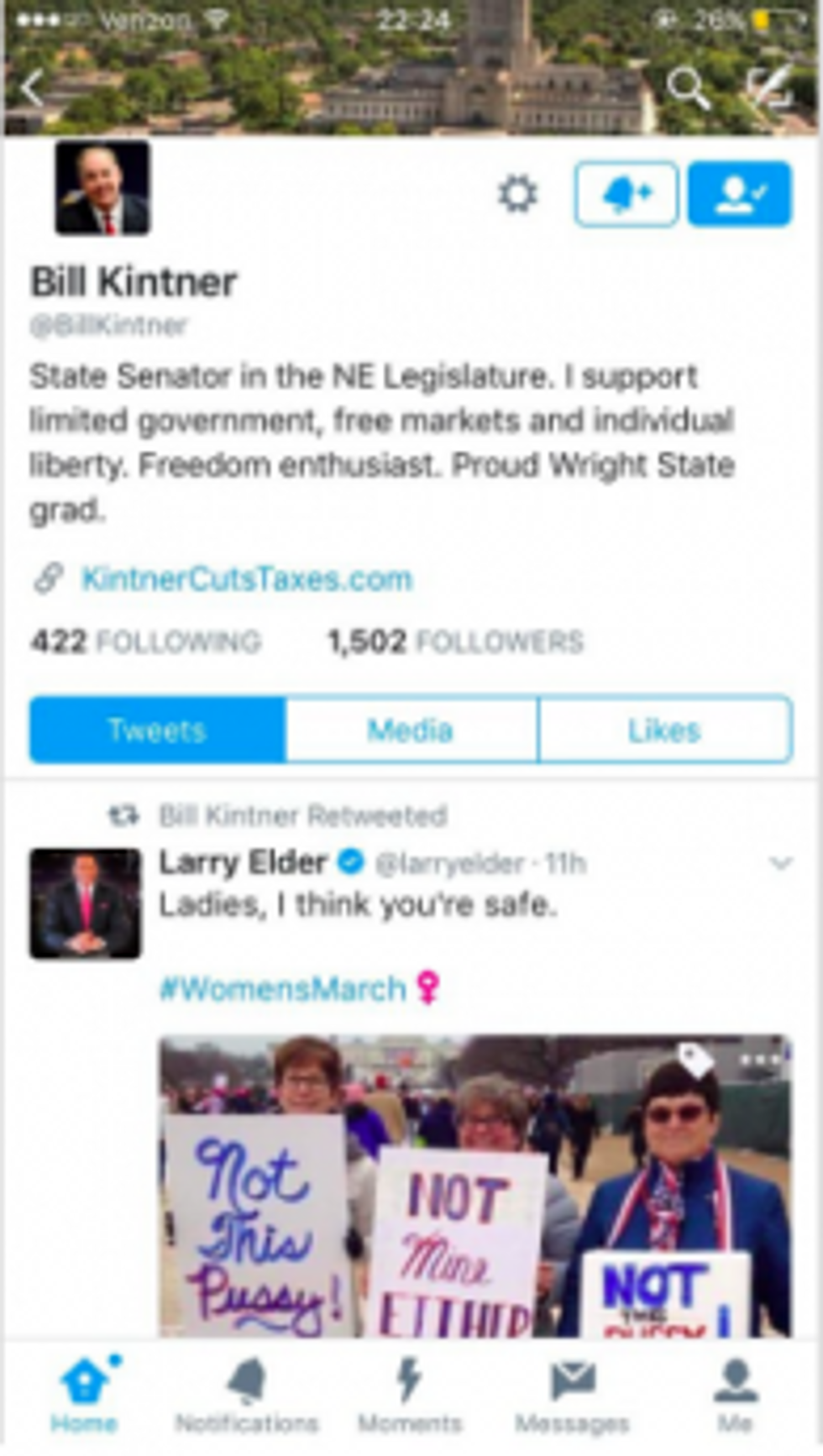 Kintner's retweet drew condemnation from Twitter and reportedly there were outraged calls to his office.

As the Star notes, this isn't Kintner's first questionable use of technology: the senator was reportedly punished with a fine for using a government computer for cybersex.