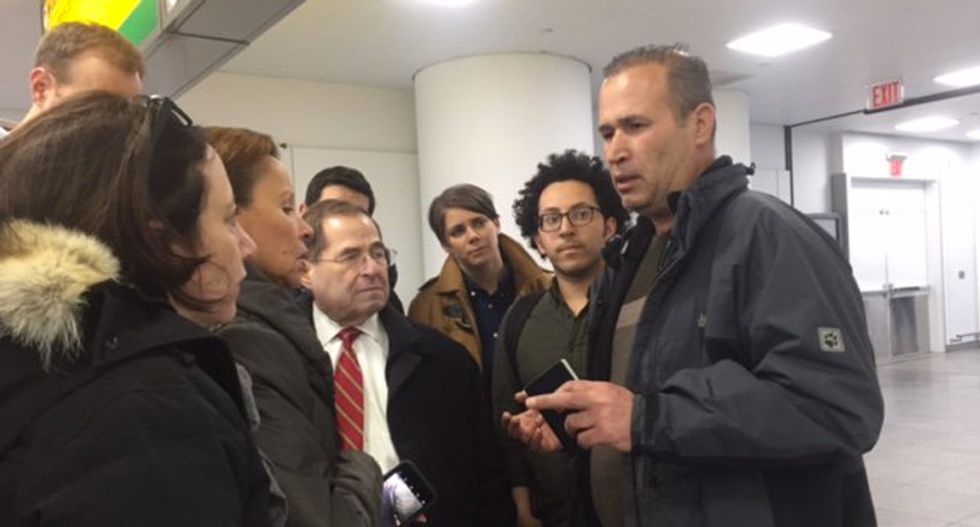 An Iraqi man who was held overnight at JFK Airport is a Department of Defense employees who came with his family to the U.S, to seek treatment for a liver ailment.

Hameed Khalid Darweesh was released Saturday afternoon after he had been detained by Immigration officials acting on orders from the White House which issued a Friday night ban on immigrants coming in from seven Muslim-majority countries.

Darweesh explained that he as an interpreter for the Army’s 101st Airborne Division in Baghdad and Mosul after the invasion of Iraq  in 2003, reports the New York Times.

At a press conference, Darweesh said he had turned over his passport and was taken aside as his family was allowed in the country.

Under pressure from the press, several Democratic lawmakers and his attorneys who filed a suit in his name, Darweesh was finally released and stated that he was very thankful for his supporters.