Keith Olbermann pleads with Trump supporters: ‘His illness is putting your family at risk' 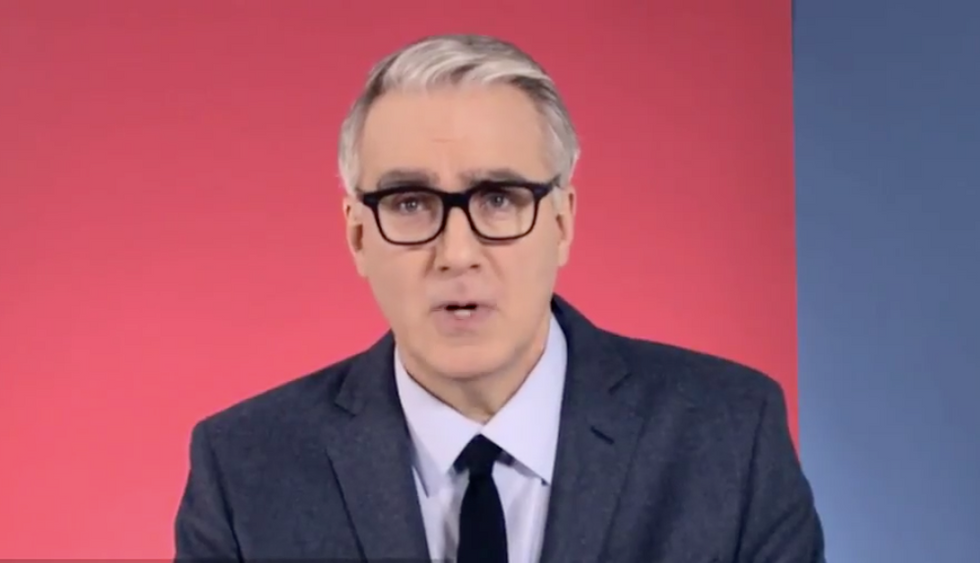 Keith Olbermann said on Friday that he is trying a different approach to communicating with Trump supporters.

"This is about him and you," he said. "So, let's go in under the assumption that you're smarter than I am, in which case you already know what my point is going to be."

It's difficult to choose an analogous political figure among Democrats, Olbermann said, but asked that we consider where the country would be if John Edwards or Anthony Wiener had been elected president before news of their sexual misconduct broke.

"So I have not been where you are right now, but close," Olbermann said to any Trump supporters who might be watching.

"There is something really, really wrong with him," he said of the president-elect.

He then ran down a list of bizarre tweets and public statements from Trump including his wildly tone-deaf holiday greetings and sycophantic tweets sucking up to Russian Pres. Vladimir Putin.

"I wish it were not true," Olbermann said, "but we have elected a man who is not all there -- and that cannot end happily for anybody."

"His illness -- and it is an illness -- is putting you at risk and your family at risk and your kids and my family and everybody we know, the ones we like and the ones we don't," he said. "Something bad will happen and whatever he does will make it worse and it will all be clear that he's not healthy enough to be the president and they will have to remove him."

He concluded by saying that he's not asking Trump supporters to do anything or say anything to anyone, just to admit to themselves that Trump is not well. He asked them to bear that in mind when the Republicans have to remove him from office because "they will probably have to do it in a hurry."

"And as a Republican or as a conservative or as a Democrat or as an American or whichever way you describe yourself," he said, "it will be a lot easier and a lot safer for all of us if you have prepared yourself and you help them remove him -- because he is not well."

NEW: The video to send to the person you know who is still supporting Trump. There is no yelling and no policy talk https://t.co/8ADyBBuFi2
— Keith Olbermann (@Keith Olbermann)1483664513.0