Kentucky GOP files new abortion ban: The only 'choice' women have is 'to conceive or not conceive' 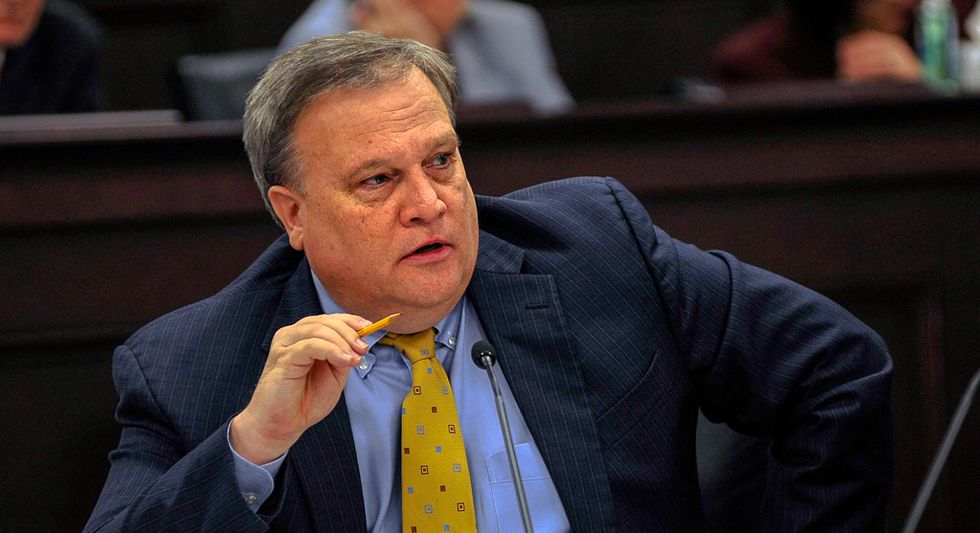 For the first time in 95 years, Republicans took total control over the Kentucky state government this week and immediately moved to strip rights from women and workers.

According to the Courier-Journal, a 20-week abortion ban is one of the first 11 bills being considered by the GOP-controlled legislature.

Republican Senate President Robert Stivers told reporters on Tuesday that women relinquished their reproductive "choice" by getting pregnant in the first place.

Stivers said that a woman had a "choice early on to make a decision to conceive or not conceive."

"But once conception starts, there becomes another life involved. And the legislature has its ability to control how that life may proceed or how it would be terminated," he stated.

Republican House Speaker Jeff Hoover said that there was "overwhelming sentiment" in favor of the 20-week abortion ban. He predicted that it would be passed by the legislature by the end of the week.

"Legislation about bans like this pose a serious threat because they ignore women's health needs in individual circumstances," ACLU of Kentucky spokesperson Amber Duke told the Courier-Journal. "We believe that women deserve dignity and should have the right to make personal and private medical decisions without interference from politicians."

Republicans were also expected to pass right-to-work legislation this week that would ban union membership as a requirement for employment.

"They are pursuing a policy to penalize unions," Kentucky AFL-CIO President Bill Londrigan warned. "It's a low road to economic development that will actually end up costing all Kentucky workers in the form of lower wages."