Maxine Waters scorches Trump: 'I don't honor him, I don't respect him and won't be involved with him' 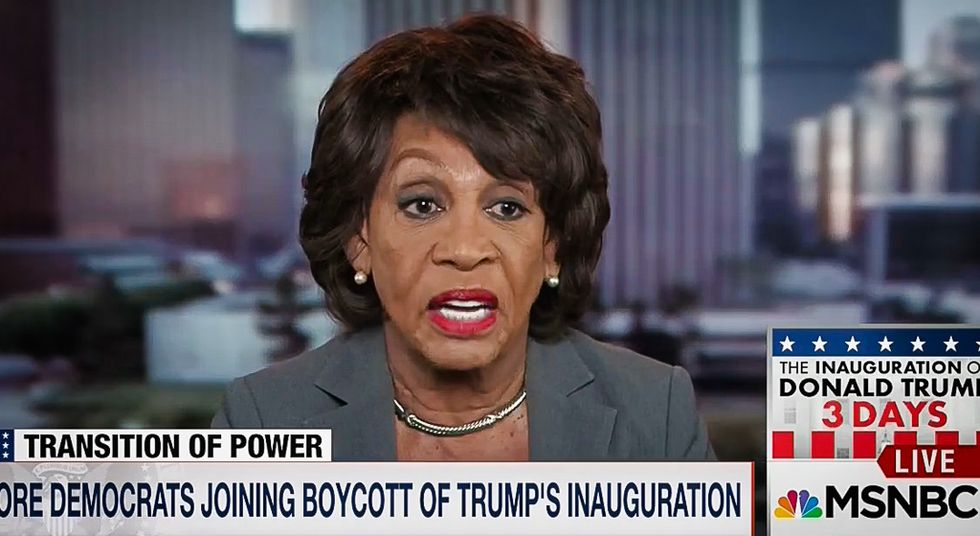 Rep. Maxine Waters (D-CA) didn't hold back on Tuesday as she explained why she was boycotting Donald Trump's presidential inauguration ceremonies.

"After I discovered who Trump is in the way that he conducted himself, I was never going to go to the inauguration," she explained to MSNBC host Tamron Hall. "I never planned, I never contemplated even going near any of those activities or those events."

Waters said that she was troubled by information she learned in intelligence briefings about Russia's connections to the new president.

"Trump is a danger," she insisted. "Even though it is not verified, we are told that there is a dossier that was put out by a well-known spy out of London who has revealed some things about what the Russians are holding over the head of Trump."

While Waters was speaking about Trump on the House floor last week, a C-SPAN broadcast of her speech was briefly overtaken by a signal from the Kremlin-sponsored Russia Today network.

"I just think it's strange," Waters said at the time. "At a time when our intelligence agencies are very confident and basically have confirmed that Russia hacked the DNC and other political interests, and then we have, while I'm on the floor of the House, talking about Trump and Russia, I get interfered with and interrupted by Russia Today."

"They talk about the people that walked down to the Capitol," Trump said. "They don't talk about the size of that crowd. I believe it was the largest crowd I've ever spoken before, and they were there to protest the election."