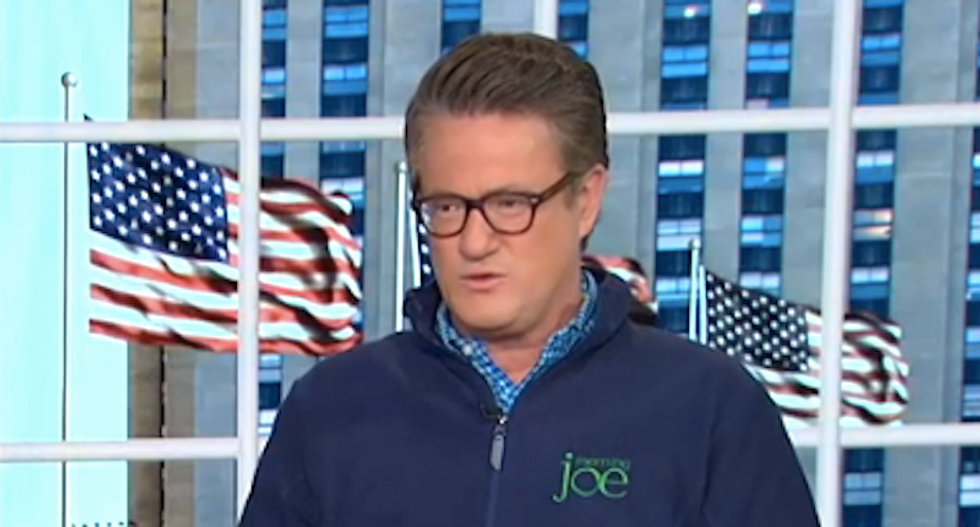 President Donald Trump's foreign policy team issued a warning over the weekend to the White House staff, according to MSNBC's Joe Scarborough.

"We hope the staff, the young staff members at the White House, enjoyed their time trying to make policy on their own without talking to us, because that will never happen again," Scarborough said, paraphrasing what those officials told him during extensive meetings. "The exact quote was, 'The chain is tightening quickly.'"

The host of "Morning Joe" said top officials in the executive branch were particularly angry at Stephen Miller, the senior White House advisor for policy, for restructuring the National Security Council to include Steve Bannon, the president's chief strategist.

The pair have reportedly been writing executive orders without consulting federal agency lawyers or lawmakers, which has rankled top officials within the executive branch.

"You’ve got a very young person in the White House on a power trip thinking that you can just write executive orders and tell all of your other cabinet agencies to go to hell, and Washington's in an uproar this morning -- forget about what's happening in the street -- because Stephen Miller decided he was going to do this without going through the regular inter-agency process," Scarborough said.

Scarborough harshly lectured Miller, a former staffer for Sen. Jeff Sessions (R-AL) and Trump's speechwriter, about the realities of working in Washington, D.C.

“By the time you’re 35, maybe you’ll know how Washington and the White House really works -- if you’re still around, I hope you’re not,” he said. "Because this weekend was a disgrace, and it’s all on your shoulders.”

He said the president did not admit the travel ban on visitors from many majority-Muslim nations had been a mistake, but Scarborough said Trump's advisors were upset with the process for issuing the executive order.

Trump didn't understand why the public was so outraged by the order, Scarborough said.

Officials from both the State Department and Defense Department had learned some valuable lessons on working with Trump going forward, Scarborough said.

"Yes, (they said) this will not happen again, and if this did happen again, the president would have serious problems with his foreign policy team, as well as the entire government," he said.

"There was shock across the city Friday night and, I will tell you, with this foreign policy team, they're ready for it to gel," Scarborough said. "None of these guys got where they got by engaging in guesswork or by having a sloppy management process."