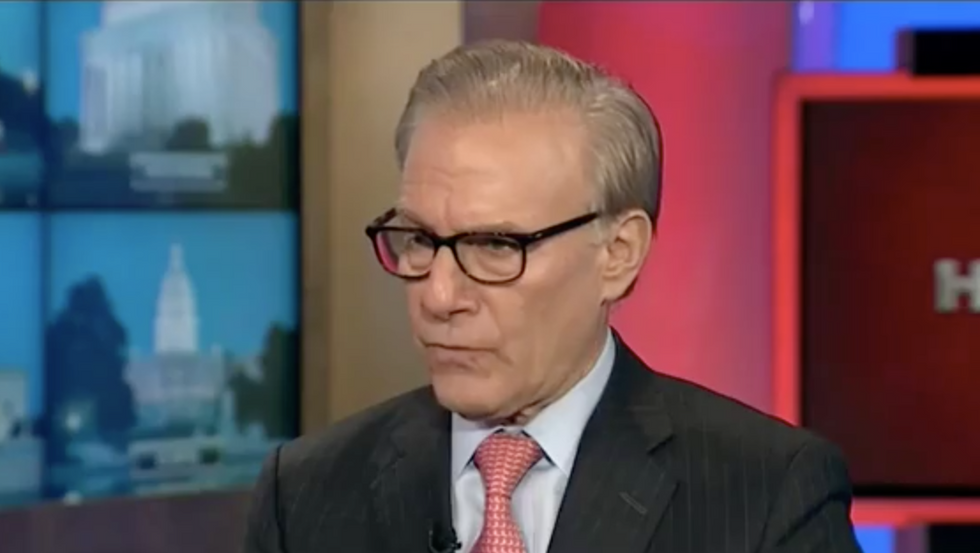 On Thursday night, MSNBC's signal abruptly froze during a broadcast of Hardball with Chris Matthews and repeated the word "Russia" over and over.

As Mediaite.com reported, the broadcast froze just as Washington Post columnist David Ignatius was saying the word "Russia," which was repeated over and over during the freeze.

On Thursday, C-SPAN's broadcast of proceedings in the U.S. House of Representatives got bumped off the air during an anti-Trump speech by Rep. Maxine Waters (D-CA). C-SPAN's signal was replaced by approximately 10 minutes of programming from Russia Today, the English language cable network owned by the Russian government.

C-SPAN blamed "an internal routing error" for the glitch in an afternoon statement.

Mediaite also said that on Thursday, "(T)he lights mysteriously went out during the confirmation hearing for Rep. Mike Pompeo (R-Kan.) while he was being vetted by the Senate Intelligence Committee."

The topic of conversation during the temporary blackout was the role Russian hackers may have played in the outcome of the 2016 U.S. election.