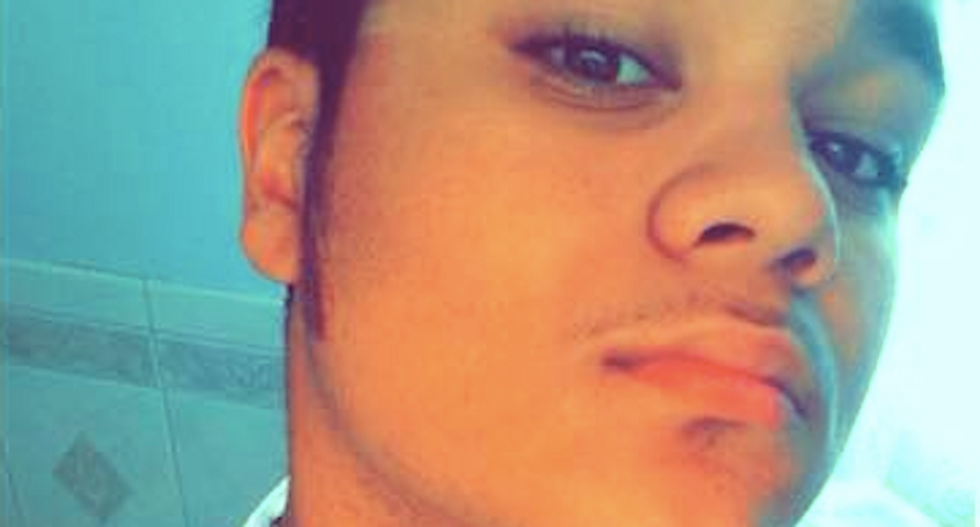 A New York student is asking a court to help him return to school after he was suspended for calling a teacher "a f*cking racist."

Vincent Spero claims one of his teachers called him and other minority students a racial slur in October, but Vestal High School administrators found no evidence to back those allegations, reported TWC News.

Spero said the teacher, identified as Katherine Dyer, pulled him aside and used a racial slur after kicking another black student out of math class after she accused the teen of vaping tobacco.

"I'm tired of dealing with you f*cking n*****s," said the teacher, according to Spero.

Spero was suspended in early December for swearing at the teacher after the school's investigation, and he filed a discrimination lawsuit in hopes of returning to complete his senior year.

"I'm very disappointed, especially because Vincent has reported incidents in the classroom back in October and they did not look into it," said his sister, Brittany Spero. "They just completely ignored him, so I honestly don't feel that they did a proper investigation on this."

The school rejected the allegations in his lawsuit, but said confidentiality rules prohibits the release of additional information.

"Because of the confidentiality rules that restrict the District from further commenting, you are hearing only the student's and his family's side of the story," the school said in a statement. "We urge all citizens to keep an open mind until all the facts are known."

Spero is seeking a court injunction that would allow him to complete his final year of high school, and some of his classmates are rallying behind him.

"Vinny is one of my good friends, and it's just really sad because we all wanted to see him graduate," said his friend, Kim Heikkila. "He had plans to go out and be a nurse, and now it's not looking good for him."