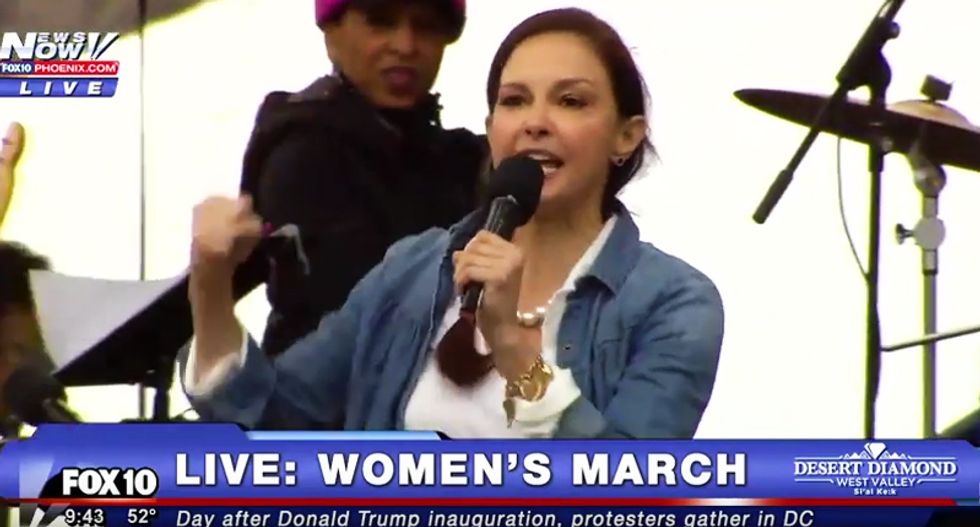 Interrupting a speech being given by activist Michael Moore, Judd explained,"I bring you words from Nina Donovan," a 19-year-old poet from Tennessee.

The actress then belted out Donovan's slam poetry, beginning with, “I am a nasty woman. Not as nasty as a man who looks like he bathes in Cheeto dust, a man whose words are a dis to America, Electoral College-sanctioned hate speech.”

“I feel Hitler in these streets, Nazis renamed," Judd continued, before turning to Trump's disturbing comments about his daughter Ivanka.

“I’m not as nasty as your daughter being your favorite sex symbol,” she exclaimed. "Our p*ssies ain’t for grabbing. This p*ssy is for my pleasure and giving birth to more nasty woman,” the poem concludes.