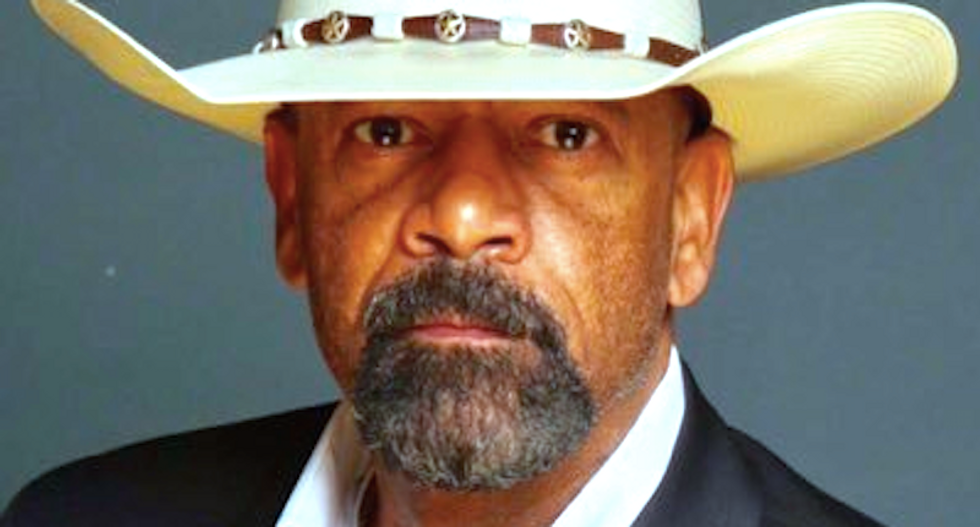 The Milwaukee County Sheriff's Office posted another apparent Facebook threat against a man who was detained by Sheriff David Clarke for giving him a look of disapproval -- and criticized a local TV station for reporting the incident.

Dan Black filed an abuse-of-power complaint Tuesday against the sheriff, who he claims treated him "like a criminal" at the Mitchell International Airport in Wisconsin following a flight from Dallas.

The official Facebook page for the sheriff's office has posted a statement from Clarke denying the man's claims -- and threatening to "knock out" others who publicly confront him -- along with publishing a request for comment by a TV reporter and posting Black's photo along with another threat.

An anti-Trump protest planned for Inauguration Day will now include calls for Clarke to apologize.

"He has to go out there and verbalize that he is here to protect the people of Milwaukee," said activist Aguilar Monroy. "To threaten somebody he was sworn to protect doesn't make sense in any way."

Clarke was wearing Dallas Cowboys gear on a flight home following the team's loss to the Green Bay Packers in Texas, and Black said he shook his head at the sheriff for failing to support his state's favored team.

"Foolishly, I asked him, 'Are you Sheriff Clarke?'" Black recalled. "He responded 'yes,' so I shook my head a little bit. From behind I hear, 'You have a problem?' I shook my head again and I kept moving."

According to Black's complaint, the sheriff recruited six deputies and two K-9 units after they landed and then interrogated him at the airport.

Clarke claims he was afraid Black planned to assault him, but Black believes the sheriff is now harassing him and plans to take legal action.

"Citizens should be able to complain about public officials without fear of retaliation," said Black's attorney, William Sulton. "Sheriff Clarke's statements are coldly calculated to intimidate Mr. Black with physical violence for engaging in Constitutionally protected activity. Law enforcement simply do not have license to beat up citizens for whatever perceived slight. "

The sheriff's office Facebook page -- which prominently features a Gadsden flag favored by Tea Party activists -- was deluged with criticism against Clarke, who frequently promotes Donald Trump during television appearances.

"So someone grabbed sheriff by his p*ssy and the sheriff needed a safe space," posted Facebook user Joe Green. "It's ok. We all feel threatened sometimes."

Milwaukee County Executive Chris Abele rebuked Clarke for his "juvenile" threat and urged voters to reject him next year, when he's up for re-election.

Abele said. "We can do better than this."