A senior Secret Service agent in charge of the agency's Denver office is under fire for a Facebook post she wrote in October of last year, saying she would prefer jail time to stopping a bullet presumably for the man who is now president.

According to the Washington Examiner, Agent Kerry O'Grady, who oversees coordination with Washington-based Secret Service teams for all presidential candidate and presidential trips to the area, wrote the post around the time Trump's comments about sexually assaulting women were made public.

In the Facebook post, O'Grady wrote: "As a public servant for nearly 23 years, I struggle not to violate the Hatch Act. So I keep quiet and skirt the median. To do otherwise can be a criminal offense for those in my position. Despite the fact that I am expected to take a bullet for both sides."

"But this world has changed and I have changed. And I would take jail time over a bullet or an endorsement for what I believe to be disaster to this country and the strong and amazing women and minorities who reside here. Hatch Act be damned. I am with Her," she continued, with the "I'm with Her" being a reference to the campaign of Democratic nominee Hillary Clinton.

Interviewed by the Examiner, O'Grady admitted she deleted the post after two to three days after thinking about it, and said that and wasn't saying she would shirk her job, adding, "I firmly believe in this job. I'm proud to do it and we serve the office of the president."

According to the Examiner, the Department of Homeland Security was alerted to O'Grady's post in October of last year. 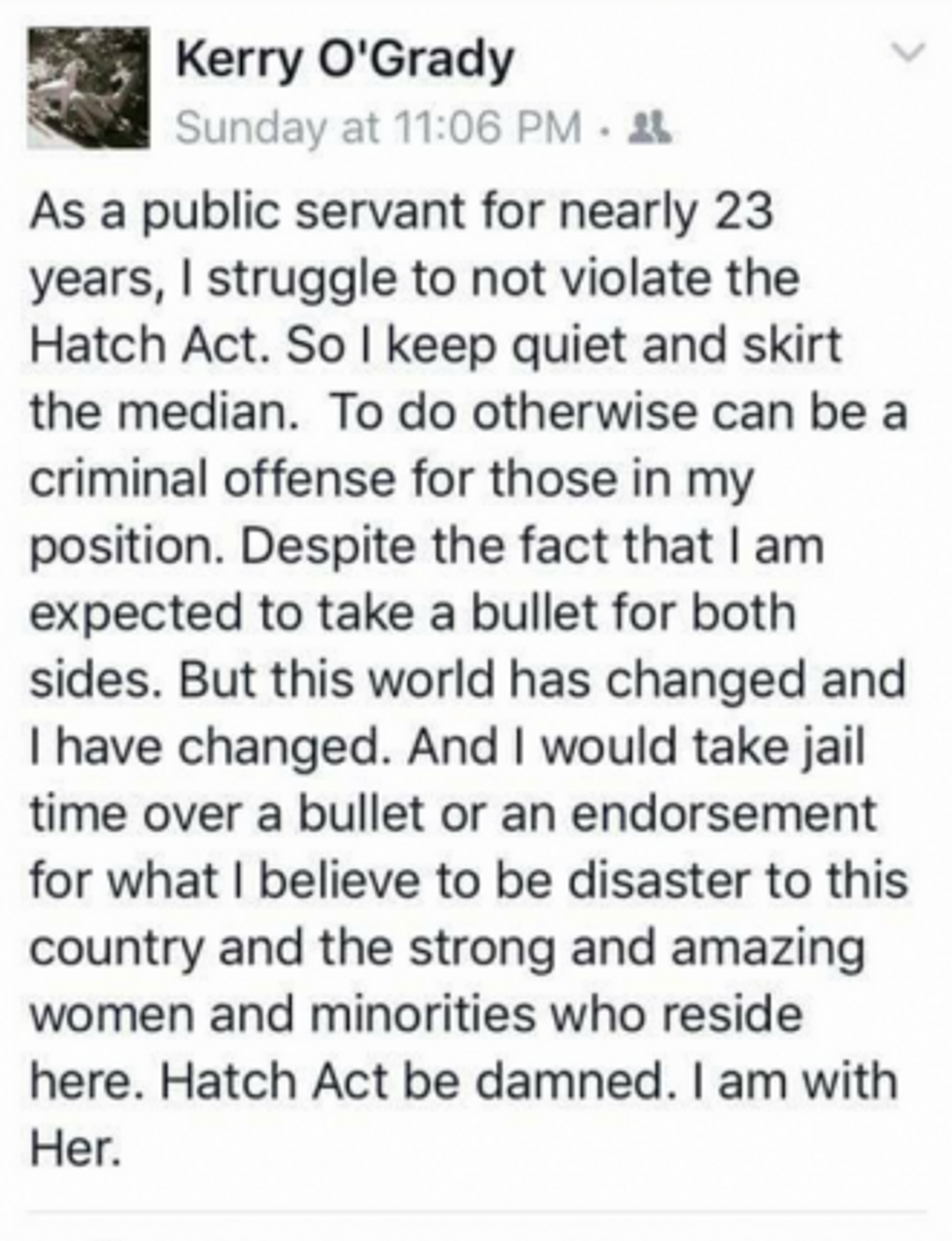