Security analyst: Trump is going to 'gut the intelligence community' to cover up Russia hacks 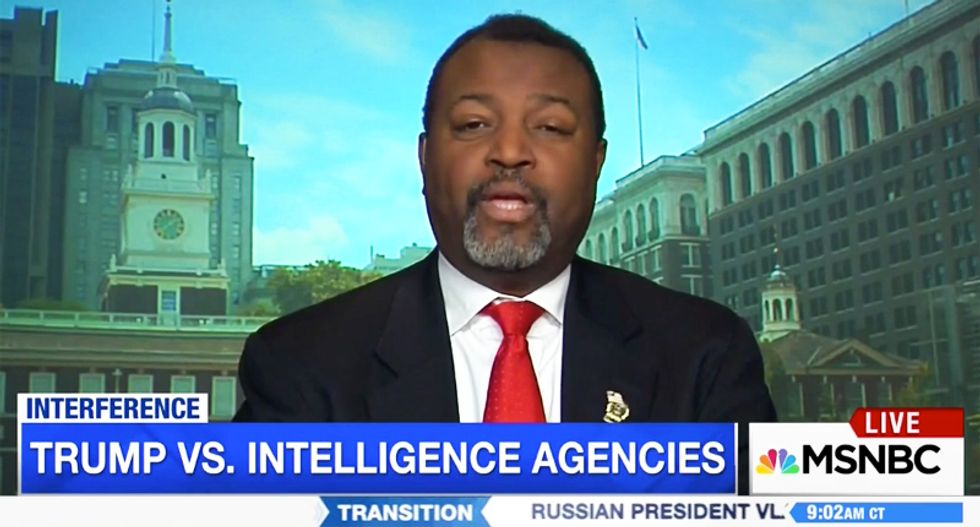 Appearing on MSNBC's AM Joy, a nationalsecurity specialist speculated that President-elect Donald Trump will "gut" the U.S. intelligence community after he is sworn in as part of an effort make the investigation into Russian influence in the election go away.

"Let's just get to Donald Trump's refusal to be able to accept, Malcolm, the conclusions of the intelligence community even when the head of the intelligence agencies are sitting in front of him telling him this happened," host Joy Reid asked. "Why in your view will he not just accept it?"

According to analyst Malcolm Nance, Trump graduated from Russia's "unwitting useful idiot" to ally when he asked them to hack Hillary Clinton's emails during the Democratic National Convention in July.

"I think because, when Donald Trump made his statement on July 27th of last year where he asked for Russia to hack Hillary Clinton and release her e-mails, at that point he went from being an unwitting useful idiot to Russia to actually believing that they were working in his favor," Nance explained. "To admit that now, in the face of all the evidence, he would believe that this would delegitimize his presidency and he will fight to the end to not allow this to become a narrative."

"I suspect that in two weeks he's going to attempt to cover this all up and even gut the intelligence community," Nance continued before adding, "He is pushing this nation to a constitutional crisis of unprecedented magnitude, because no one has ever worked in the interests of a hostile nation and supporting, to a certain extent, a hostile intelligence service."