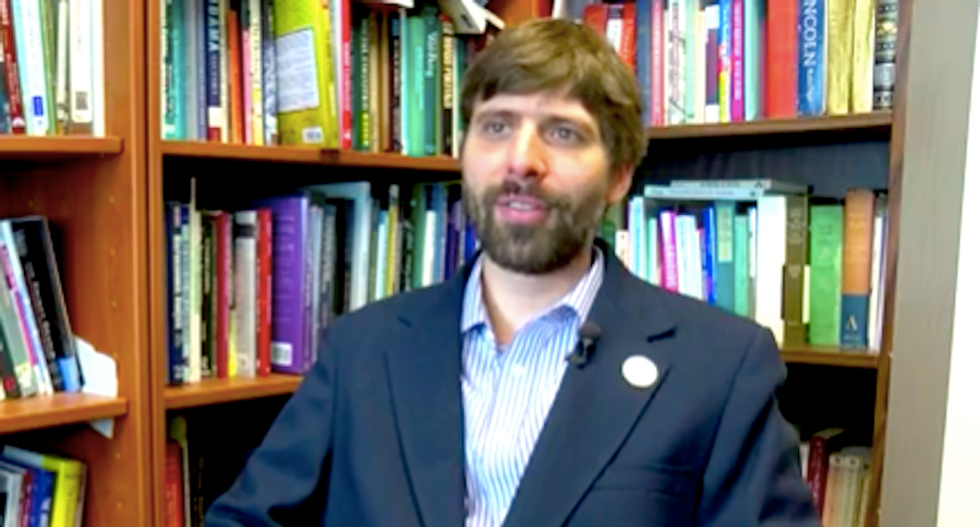 A study published more than two years ago on voting activity by non-citizens has thrust a Virginia professor into the national spotlight, but he's not happy about it.

The president and his administration have cited Richman's 2014 study to claim as many as 3 million votes were illegally cast in favor of Hillary Clinton, which would tip the popular vote total in favor of Trump, who of course won the electoral vote.

Trump has said he'll order a "major investigation" into voter fraud, which he's been complaining about since before the Nov. 8 election, based on the study and the observations of a friend.

There's one major problem, though -- Richman said Trump, and nearly everyone else, have twisted his conclusions into fantasy.

“First of all, he’s confusing our study with another study, and then he’s flipping ours around and exaggerating the most extreme estimates from it,” Richman told The Virginian-Pilot.

A 2012 study by the Pew Charitable Trusts found that 1.8 million dead voters remained on the rolls and that millions of other voter records were out of date, but that research did not address whether that resulted in fraudulent ballots being cast.

Sean Spicer, the White House spokesman, cited a 14-percent figure that appears to have come from Richman's 2014 study, titled “Do non-citizens vote in U.S elections?"

Richman and his co-authors examined data from the Cooperative Congressional Election Study, which compiles interviews with tens of thousands of people each year, and concluded that, he told the newspaper, “maybe 14 percent of non-citizens engaged in some type of voting behavior."

The researchers found that 6.4 percent of non-citizens actually voted in 2008 and another 2.2 percent in 2010.

Those figures sound alarming, but Richman pointed out that non-citizens are just a fraction of the U.S. population, at about 20 million adults.

"They maybe make up -- at the very, very high end -- 1 percent of an electorate,” Richman said.

Even if non-citizens attempted to vote at the same rate last last, and every single one of them had voted for Clinton, Richman said they would not have cost Trump the popular vote.

The professor, who describes himself as a political moderate, said nearly everyone has tried to twist the findings to suit their own agenda.

“The right wing saw this as a dramatic confirmation of everything they’d believed and feared about illegal voters supporting Democrats,” he told WAVY-TV. “On the left, they claim the study has no evidentiary basis and it’s been debunked for whatever reason for the other and the truth is in the middle."