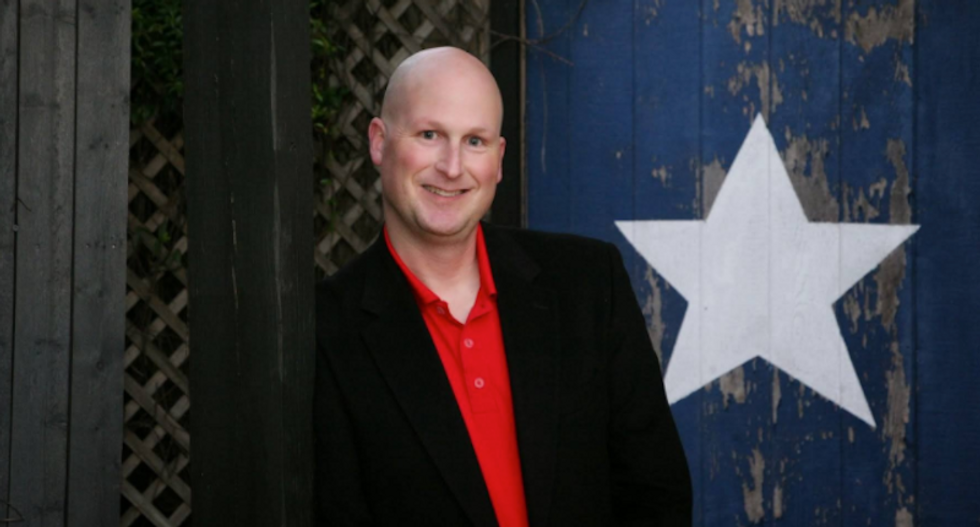 Texas state Representative Tony Tinderholt hoped to put women in jail and take away their voting rights if they had an abortion.

In an interview with the Texas Observer, the Republican lawmaker explained that women need to know there are "repercussions" for their actions.

“Right now, it’s real easy," Tinderholt said. "Right now, they don’t make it important to be personally responsible because they know that they have a backup of ‘oh, I can just go get an abortion.’ Now, we both know that consenting adults don’t always think smartly sometimes. But consenting adults need to also consider the repercussions of the sexual relationship that they’re gonna have, which is a child."

House Bill 948 has been named by Tinderholt as the “Abolition of Abortion in Texas Act” and will likely draw another costly lawsuit for Texas taxpayers to fund in court. Under this bill, there would no longer be any exception for women who are abused, raped or have fetal abnormalities. If a teen is raped by her father she would be forced to carry the child under this law under penalty of jail.

Tinderholt explains that the women should be forced to carry the child because he's "a firm believer that God creates children in his own image, regardless of how that child is brought into the world, it’s created in his image, and how can someone want to destroy that?”

Democratic state Representative Donna Howard explained to The Observer that laws that regulate women's health care should probably not "be made by someone who has no clue what’s going on.”

“That is so ignorant to think...that women are somehow irresponsibly deciding that they’re going to go ahead and get pregnant because it’s so easy to get an abortion,” she continued. “And for the Legislature to insert themselves in these decisions — it’s just baffling to me that he could have that lack of compassion and understanding for fellow Texans.”

Tinderholt said that since he announced the bill he and his family have received death threats and Department of Public Safety officers have been outside of his home for days for his own protection. DPS won't confirm that.

"Legislative counsel for NARAL Pro-Choice Texas, Blake Rocap, told The Observer that the bill would “take us back to a time in Texas when women lost their lives because they were trying to procure illegal abortions.”

Rocap said that bills like Tinderholt's "come from a worldview that completely discounts people’s agency and autonomy to make a decision in a responsible way."