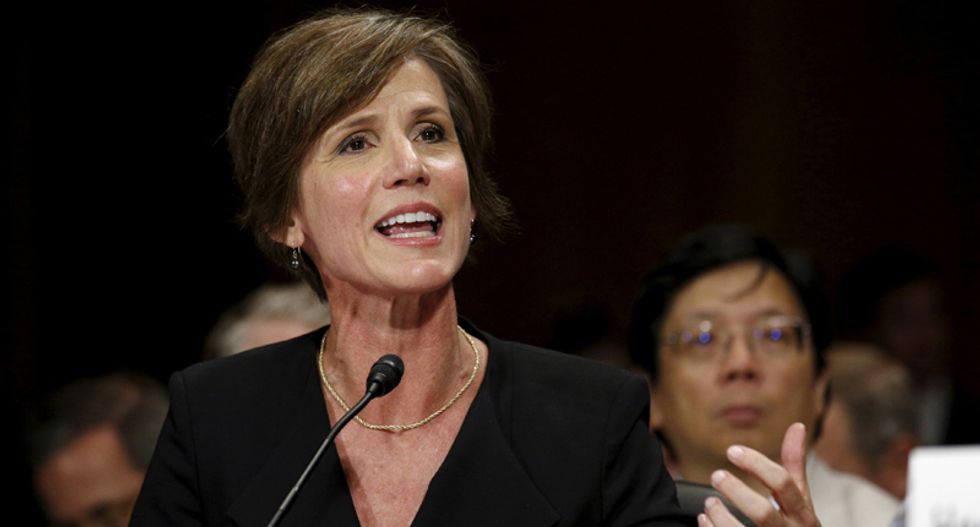 Spicer made the announcement via Twitter, writing: "@POTUS has named Dana Boente, US Attorney for the Eastern District of VA as Acting Attorney General. Sally Yates has been relieved."

According to the White House, Dana Boente, U.S. Attorney for the Eastern District of Virginia, would be acting U.S. attorney general until Sessions is approved.

In a White House statement delivered after Spicer's tweet, Trump declared that Yates had “betrayed” the administration with her decision to not stand behind Trump's executive order after calling it "unlawful."

"Ms. Yates is an Obama Administration appointee who is weak on borders and very weak on illegal immigration," the White House declared in a statement.

.@POTUS has named Dana Boente, US Attorney for the Eastern District of VA as Acting Attorney General. Sally Yates has been relieved.
— Kayleigh McEnany (@Kayleigh McEnany) 1485828976.0