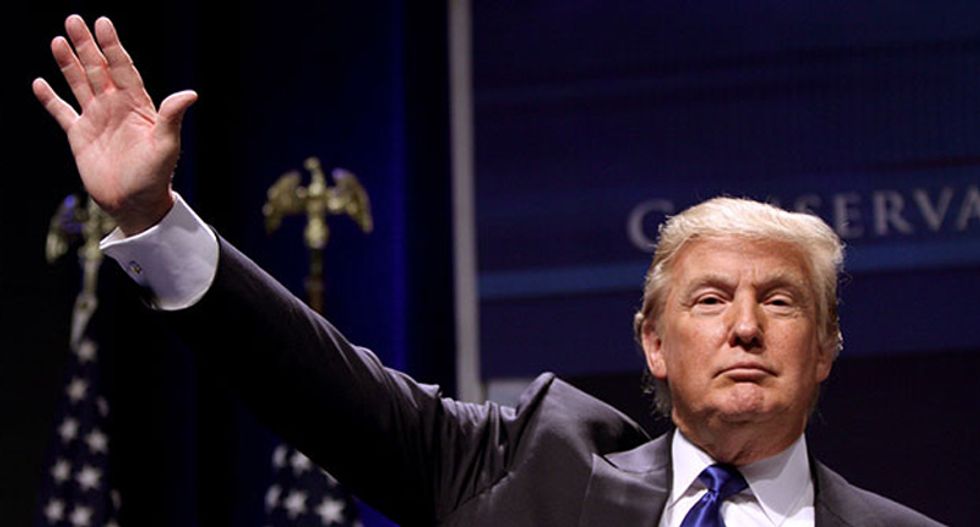 When Donald Trump berated and attacked CNN’s Jim Acosta at his first press conference in 168 days, several attendees clapped and cheered in support of his tirade on “fake news.”

As it turns out, several of those attendees were actually paid staffers, who joined the news conference to provide moral support to the president-elect, Politico reports.

Trump called the Q&A “very familiarity territory,” despite it being his first time willingly facing the press since winning the election. “We stopped giving them [interviews] because we’re getting quite a bit of inaccurate news,” Trump reasoned to the room.

The paid staffers, along with his children and Mike Pence, bolstered Trump as he bashed the media and intelligence communities. At one point attendees shouted “no!” when the president-elect rhetorically asked, “do you honestly believe that Hillary Clinton would be tougher on Putin than me?”

Politico also reports the staffers cheered when Trump jeered at a reporter asking about his tax returns. “The only ones who care about my tax returns are the reporters,” Trump insisted, to his supporters’ delight.

More than 250 journalists attended Trump’s news conference, but as the AP notes, only Breitbart’s Matthew Boyle received a reserved seat. He used his special destination to ask the president-elect about “all the problems that we’ve seen throughout the media.”

“What reforms do you recommend for this industry here?” Boyle, who works for the website formerly run by Trump senior advisor Steve Bannon, asked the president-elect.

"Some of the media outlets that I deal with are fake news more so than anybody,” Trump told Boyle. “I could name them, but I won't bother, but you have a few sitting right in front of us. They're very, very dishonest people, but I think it's just something we're going to have to live with.”

"I guess the advantage I have is that I can speak back,” he said, as a room packed his own paid staffers cheered.