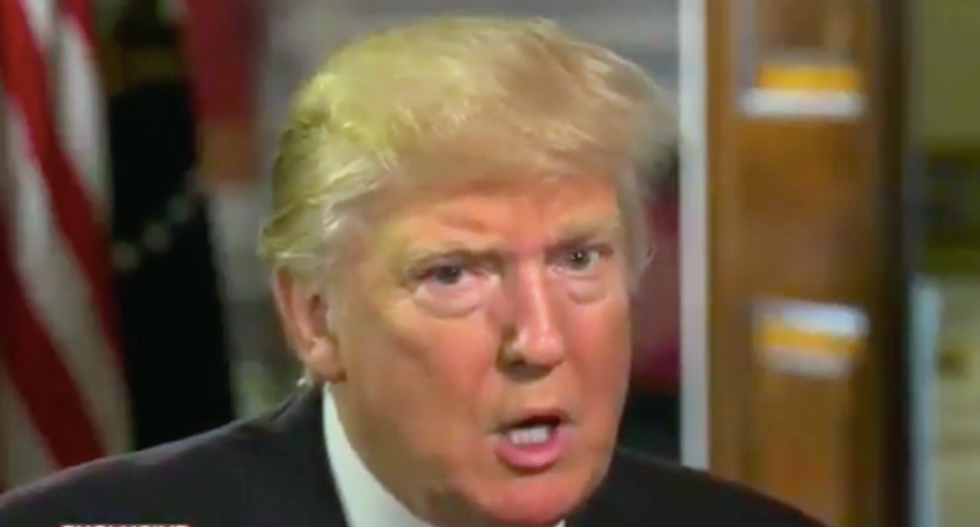 President Donald Trump said he could sit back and let the Affordable Care Act "explode" to punish Democrats, but he instead promised to provide better health care coverage at a lower cost.

During an interview with ABC News, the president offered a broadly sketched outline of what his replacement for Obamacare might be, although his proposal offered few specifics.

Trump's comments echoed former President Barack Obama's infamous vow that Americans could keep their doctor, if they liked their doctor, under his health care reform law.

The new president claims he accurately predicted the demise of Obama's signature health care law, but he promised he wouldn't just let that happen to settle political scores.

"Obama's a smart guy," he continued. "So let it all come due because that's what's happening. It's all coming due in '17. We're gonna have an explosion, and to do it right, sit back, let it explode and let the Democrats come begging us to help them because it's on them. But I don't wanna do that. I wanna give great health care at a much lower cost."

Trump has repeatedly promised he would not let Americans die "in the streets" without health care coverage, and he repeated that same pledge during Wednesday's interview.

"So I wanna make sure that nobody's dying on the streets when I'm president," he said. "Nobody's gonna be dying on the streets. We will unleash something that's gonna be terrific. And remember this, before Obamacare you had a lot of people that were very, very happy with their health care, and now those people in many cases don't even have health care. They don't even have anything that's acceptable to them. Remember this, keep your doctor, keep your plan, 100 percent. Remember the $5 billion website? Remember the website fiasco. I mean, you do admit that I think, right? The website fiasco."

Mark it down: On Jan 25, 2017, Trump promised his health plan would cover more people at less cost than Obama's. pic.twitter.com/jUVgEE3dex