WATCH: Conservatives giggle as GOP lawmaker complains ‘women are in my grill’ over losing Obamacare 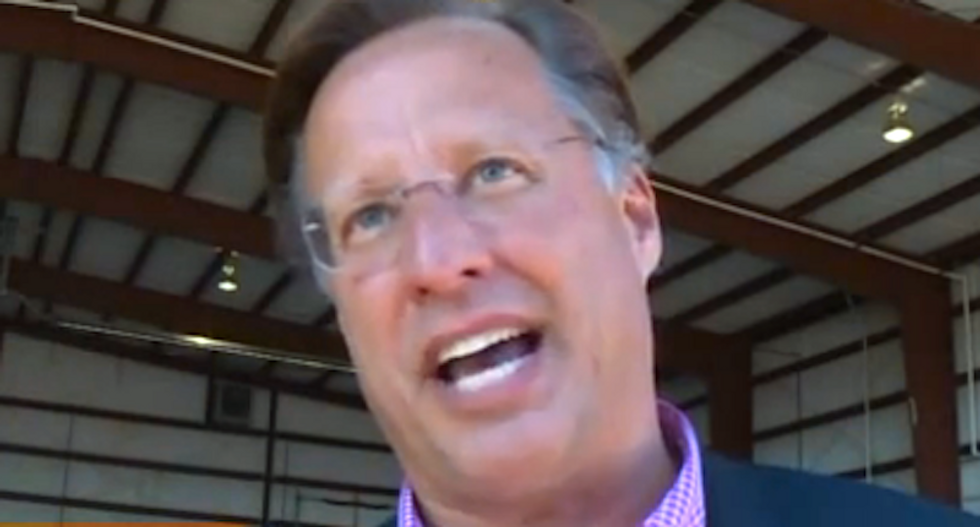 A Tea Party lawmaker is begging his Republican supporters to push back against the backlash he's feeling over Donald Trump's agenda.

“Since Obamacare and these issues have come up, the women are in my grill no matter where I go,” said Rep. Dave Brat (R-VA) during a meeting of conservative groups Sunday in Richmond. “They come up — ‘When is your next town hall?’ -- and believe me, it’s not to give positive input.”

Conservatives in the audience begin laughing at the mention of women, and they erupt into laughter as Brat complains they had confronted him over the possibility of losing health care coverage.

He told the Richmond Times-Dispatch on Monday that he believes many anti-Trump protesters were paid activists who didn't even live where they were demonstrating.

“I had one woman on my Facebook say she was going to get up in my grill,” Brat said. “There’s paid protesters ... paid activists on the far left, not my Democratic friends I go to church with. They’re being paid to go around and raise havoc.”

Brat's constituents were furious that he dismissed them as paid agitators and have set up a Facebook page calling on the lawmaker to meet with them in an open setting.

“Nobody is being paid or put up to this by an outside organization,” Karen Conley told the Times-Dispatch. “Everybody is putting in their time and effort because they’re dissatisfied with the representation. They feel dismissed, and that their concerns aren’t valid because they’re not being responded to.”

Another constituent, Alsuin Preis, said many of the voters who wanted to meet with Brat had supported him during his election win.

"This is not about going to a town hall about haranguing Dave Brat or just throwing out jabs," Preis told WTVR-TV. "We want to discuss our concerns."

Brat said his office had been "inundated" with phone calls, and he promised to hold some town hall meetings after Trump had been in office for a few months.

"Believe me, I fully intend to have plenty of town halls that are open and transparent as soon as our first 100 days agenda is implemented and we come up for a breath of air,” Brat said in a Facebook post.