WATCH: Cops violently arrest black man suspected of stealing car — that turns out to be his own 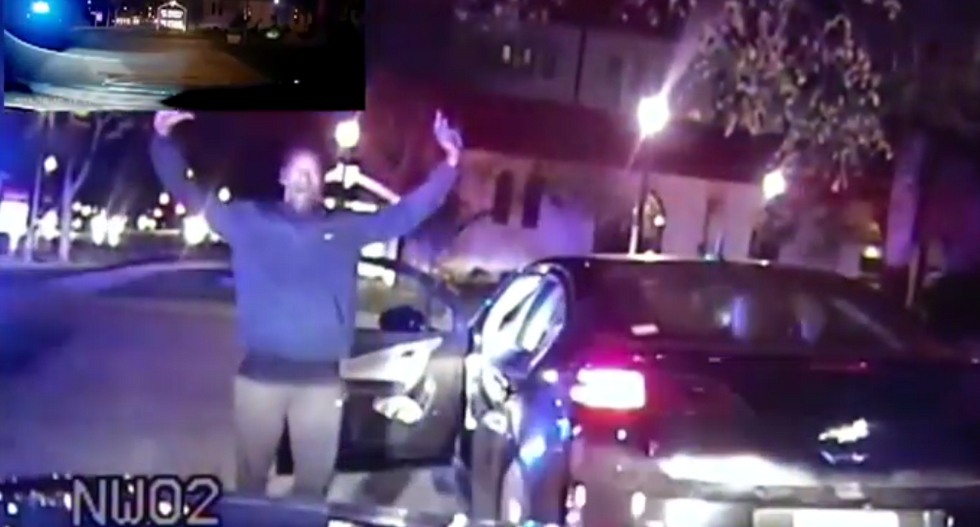 Evanston Police released a dash cam video on Wednesday of a 2015 interaction between an officer and a black engineering doctoral candidate accused of stealing his own car.

On October 10, 2015, a woman called the cops on Lawrence Crosby—who was working on his own vehicle—to report that a black man appeared to be breaking into a car and stealing it, Fox Chicago reports.

Crosby was driving towards the Northwestern University campus when police pulled him over. His car was equipped with its own dash cam video, and on the recording Crosby can be heard telling someone he suspected he was being followed.

Police pulled him over in a church parking lot, where Crosby was violently detained for stealing his own car.

Evanston Alderman Brian Miller—who’s running for mayor—told Fox Chicago he’s furious with what’s shown on the video, saying it should be a “wakeup call” for the police department.

“I understand being a police officer is a tough job, but we need them to exercise judgment in their day to day operations,” Miller said "And in this situation, within ten seconds of Mr. Crosby getting out of his car with his hands in the air, he was tackled, he was kneed while he was standing up, then he was punched repeatedly by multiple officers, for allegedly stealing his own car. Our police officers need to be better than that.”

A judge threw out the criminal charges against Crosby. He filed civil rights lawsuit against the Evanston Police Department.

Watch the video below, via Fox Chicago: