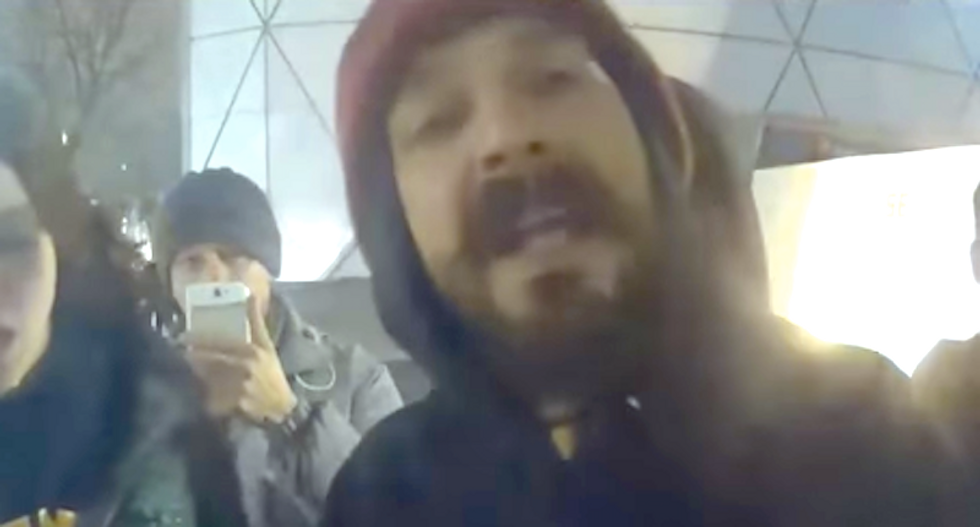 LaBeouf has been protesting Donald Trump's inauguration outside the New York Museum of the Moving Image, where he's inviting passersby to say "he will not divide us" into a camera during a livestream video he plans to continue for the next four years.

A white supremacist gave a rallying call to other racists into the webcam earlier this week, and LaBeouf chased off the man during a tense confrontation.

Police say LaBeouf punched another man in the face during another confrontation, reported the New York Post.

The livestream captured video of a man embracing LaBeouf before shouting, "Hitler did nothing wrong," and the actor shoves him before the webcam pans away.

The video does not show LaBeouf punch anyone, and it's not clear whether that incident was related to the actor's arrest.

LaBeouf was released from jail about 3:45 a.m. Thursday on his own recognizance.

He walked out of the precinct shouting, "He will not divide us."